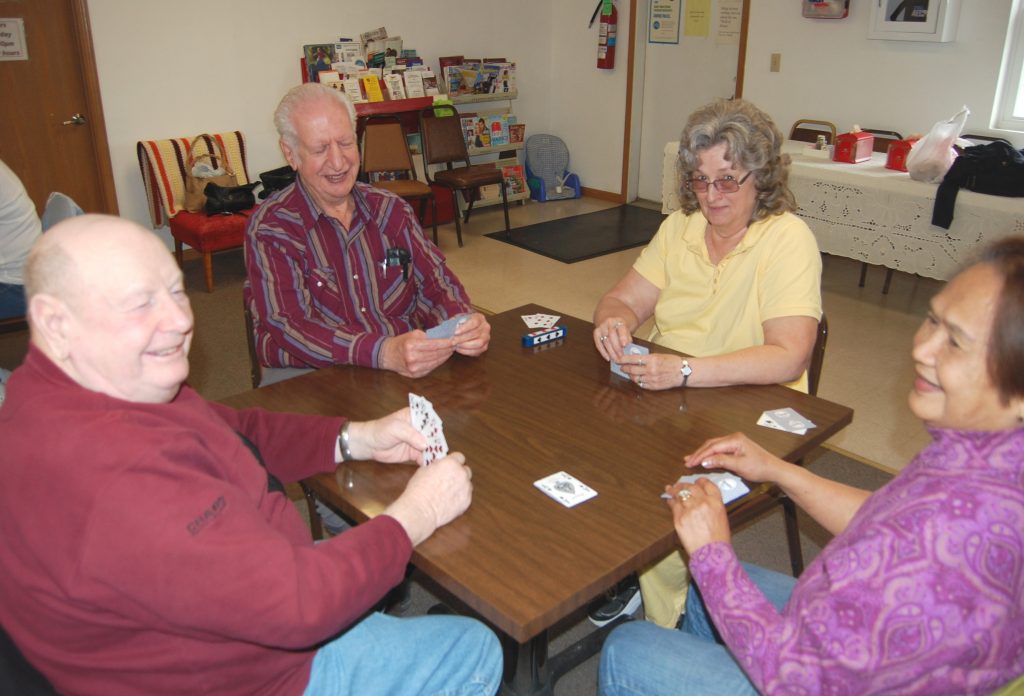 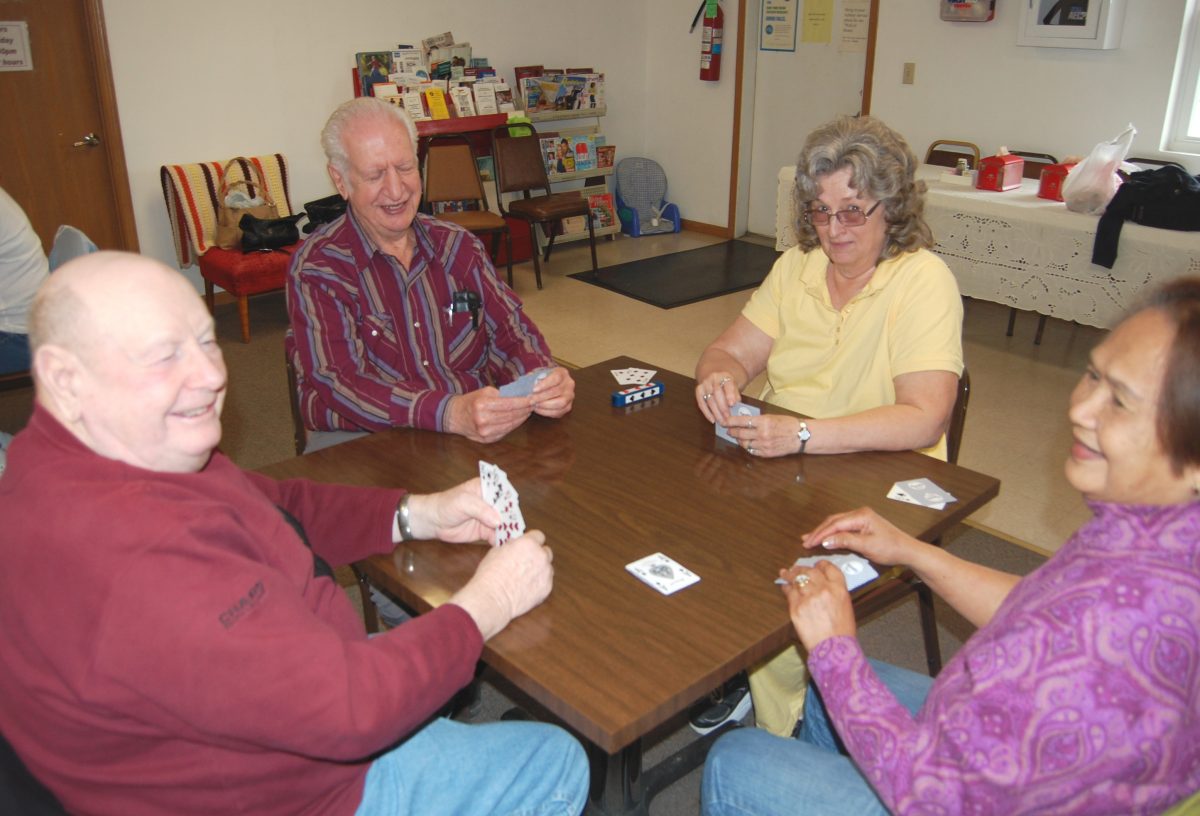 Enjoying Each Others’ Company Over A Hand Of Cards–Mature adults from Clark County can gather at the Clark County Senior Center for a good meal, and enjoy each others company. Alan Cameron, Ed Bogguss, Barbie Bergman and Laura Cameron are among the euchre regulars. The Senior Center is supporting a five cent per $100 tax increase to support senior programs in Clark County.

Clark County residents can make a big difference in the lives of many senior citizens by approving a small tax on the April 8 ballot.

The Clark County Council on Aging, better known as the Senior Center, is supporting a five cent per $100 assessed valuation tax to provide support for senior citizens in Clark County.  Voters approved the tax by a 502-389 margin last year, but the tax was not implemented because it was not on the ballot correctly.

The relatively small tax increase (a little over  $8 per year for my home) is expected to generate about $41,000 per year for the new county-managed fund, which would then be distributed to organizations serving senior citizens.

Currently, the Senior Center feeds about 75 people per day, either at the center or through home delivery of meals.  That translates to about 1500 meals served each month.

The Senior Center receives about one-third of its funding from government sources, and relies on grants, fundraisers and meal donations for the rest of its income.

The Senior Center is not allowed to charge senior citizens for their meals, but instead suggests a modest donation.

Food prices continue to increase, and funding is decreasing. Over the past four years, the Senior Center received grants totaling over $100,000 from the Missouri Foundation For Health, but those grants have been discontinued.  On top of that, federal funding has been cut 13 percent for 2015, which amounts to an additional $8500 cut.

“At the present time, we have a bit of a cushion,” said Senior Center Director Gina Bash.  “But this tax is so imperative for the future.   The people who will need our service in two or three years are the ones we need the tax for.”

“We need this real bad,” said Marie Walker, who eats at the Senior Center at least twice a week.   “You can’t go anywhere else for the money.”

Both women come play bingo regularly, when the weather is better.

Often, the center will have several card games playing, keeping the mature adults active and engaged with their friends.

The CCCOA operates with only three paid staff members, Bash and two cooks.  Over twenty volunteers make everything else happen, including home-delivered meals.

“We couldn’t do it without them,” Bash said.  They’re all wonderful.”

The center’s building was paid off a couple years ago, and right now, all their equipment is in good shape.  A board of nine oversees the operations.  Board members are President Rodney Smith, Vice President Joe Edlen, Secretary Linda Bertram, Treasurer Jerry Redding, Gary Whitaker, Connie Hyde, Shirley Neves, Betty Stutz and Earl Schorr.

On the April 8, 2014 General Municipal Election ballot, the question will read:

“Shall Clark County levy a tax of 5 cents per one hundred dollars assessed valuation for the purpose of providing services to persons sixty years of age or older?”