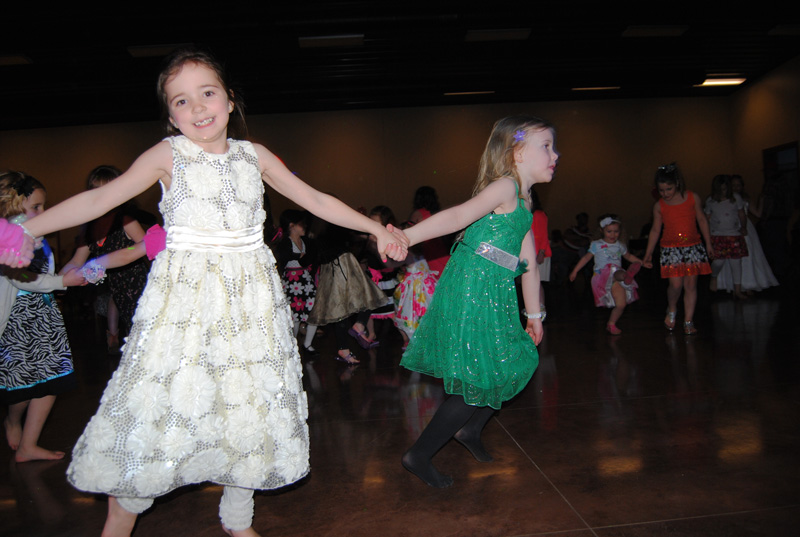 In all 55 daddies and their daughters, several having more than one, attended the event making for a running, jumping, dancing, screaming, shrieking, squealing good time.

Each of the little girls ranging in ages, the youngest being one week old Kinley Hayes, were done up for the dance in their prettiest, frilliest, sparkle-iest, boofiest dresses.

The girls spent the evening snacking on refreshments provided by KCAC, dancing with their daddies and running wild through the community center having a good ‘ole time making memories with their fathers.

This fundraiser is just one of several events put on by KCAC throughout the year. To find out more about KCAC, their events and how to join the organization, whose purpose is to bring drug awareness to the Knox County community, contact anyone on the group’s board of directors. They are: president Kelly Hayes, vice president Kisha Goodwin, secretary Lacy Hayes and treasurer Davy Srtickler.

Several photos taken at the dance can be found here and on the nemonews.net Facebook page. Check back for a short video of the festivities, which will be posted this week.