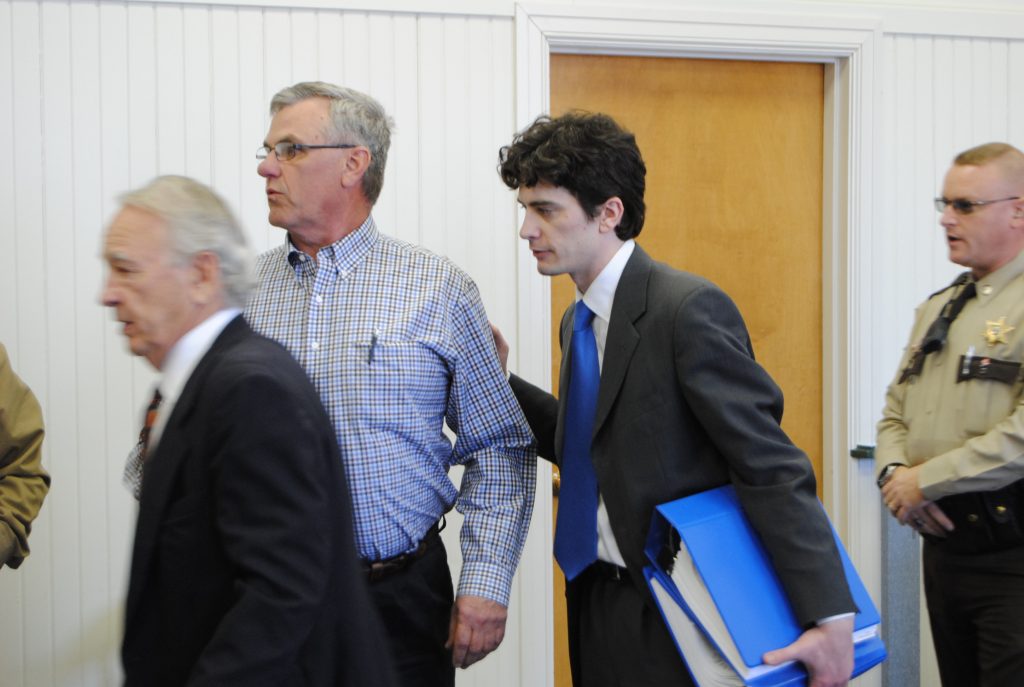 *Click on each photo to enlarge and read caption.

When Judge Gary Dial read the “not guilty” verdicts in the courtroom this afternoon there was little response from either side of the council tables in the well. No one in the well moved much at all, all of whom remained seated for the verdict.

In the gallery muffled cries along with sighs of disappointment and relief could be heard from the families of both Glenn Head and William “Bill” Bacon. And after the court had concluded the family of Bacon consoled each other and talked quietly with the prosecution team as the vindicated defendant and his defense team moved outside courtroom.

There were no celebratory handshakes, disappointing outbursts or even very many smiles. It was a hushed wave of responses, low voices, reserve. From everyone.

“I’m revealed,” said Glenn Head outside of the courthouse following the verdict, who maintained a subdued disposition following the trial.

Closing arguments were were heard Friday morning in the murder trial of Glenn Head.  Head claims he shot Bill Bacon in self defense during a confrontation over a long-simmering land dispute on December 11, 2012

In his closing, Defense Attorney Charley James said he was “disappointed” in DDCC Trooper Amanda Sapp and Conservation Agent Benny Pryor, and blamed Sapp for the investigation.  James argued that Head acted in self-defense when confronted by Bacon.

After nearly four and a half days, the jury took about 90 minutes to reach its decision, at one point asking Judge Gary Dial if they could see some evidence again.

Make sure to read next week’s issue of  The Edina Sentinel for more information.

By Mike Scott and Echo Menges