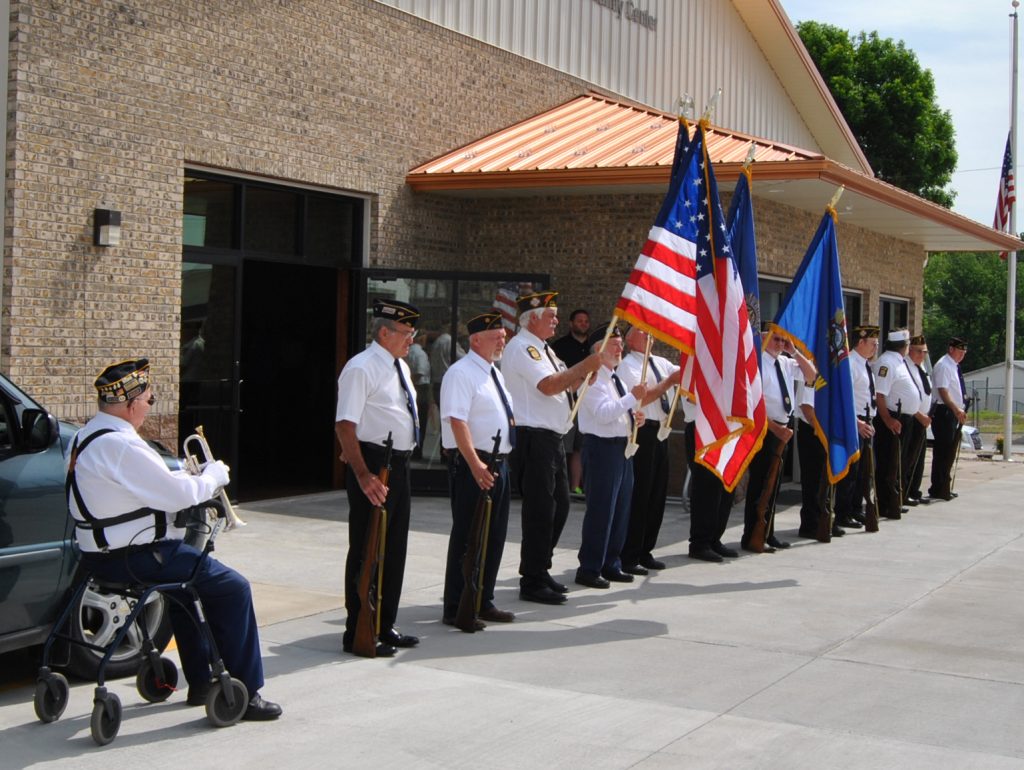 The service was opened by the Cyril A. Graham American Legion Post Adjutant Ed Anderson, which was followed by an invocation by First Baptist Church Pastor John Bode. The Pledge of Allegiance was led by local veteran and Presiding Knox County Commissioner Evan Glasgow.

The featured speaker for the service was 4th District, State Representative Craig Redmon.

“The belief in the greatest America has led more than 1.2 million to give their lives for freedom. Never forget the price that was paid,” said Rep. Redmon. “Let us not forget what this day is about. It’s not about celebrating the beginning of summer. It is a solemn day of remembrance.”

Following the featured speaker Anderson recognized local veteran Bob Glasgow for being a member of the American Legion for 60 years.

Bob Glasgow was honored for his 60th year with the American Legion.

The Rifle Squad performed a 21 Gun Salute and veteran Harry Holman played Taps on his bugle.

A closing benediction was given by Seminary student Paul Clark and attendees were invited to stay and have lunch, which was prepared by local Ladies Auxiliary Units for the American Legion and VFW Posts.