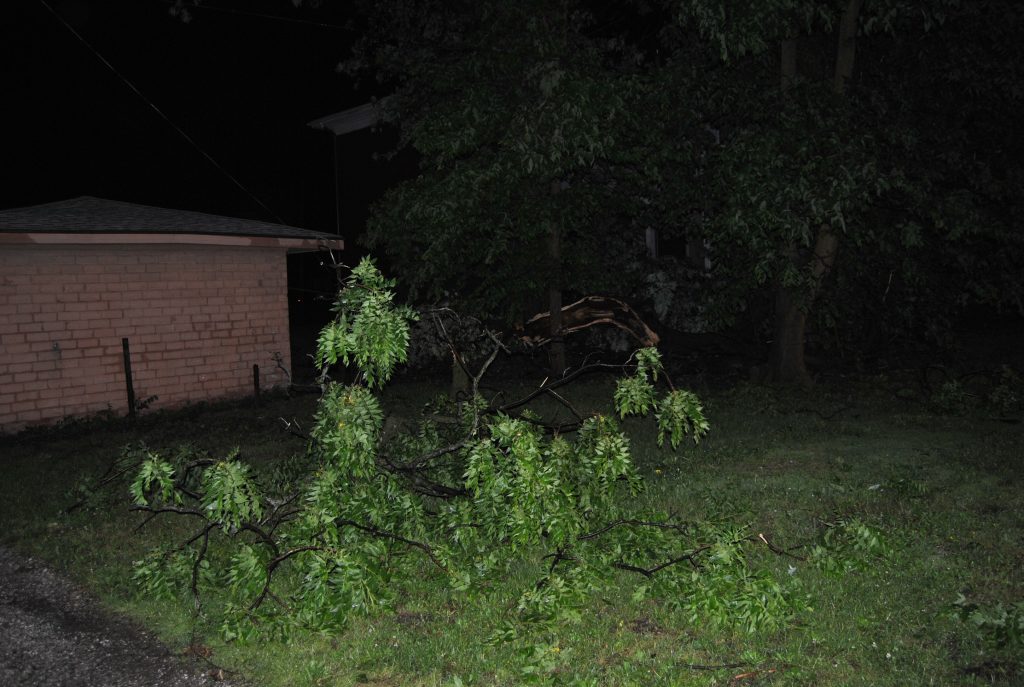 Heavy rain began falling in Edina at about 10:00 p.m., which was accompanied by high winds. Thunder and lightning lit up the sky like a strobe light as lightning bolts lit up the clouds in bright areal spiderwebs.

Visibility was very poor during the windy downpour and a lot of debris, mostly tree limbs, trees and power lines, came crashing down all over town.

There are reports of power outages in Knox City and damage in Hurdland.

There are reports of trees and power lines down throughout the county.

This short video was taken at approximately 10:30 p.m. on the northeast edge of Edina.