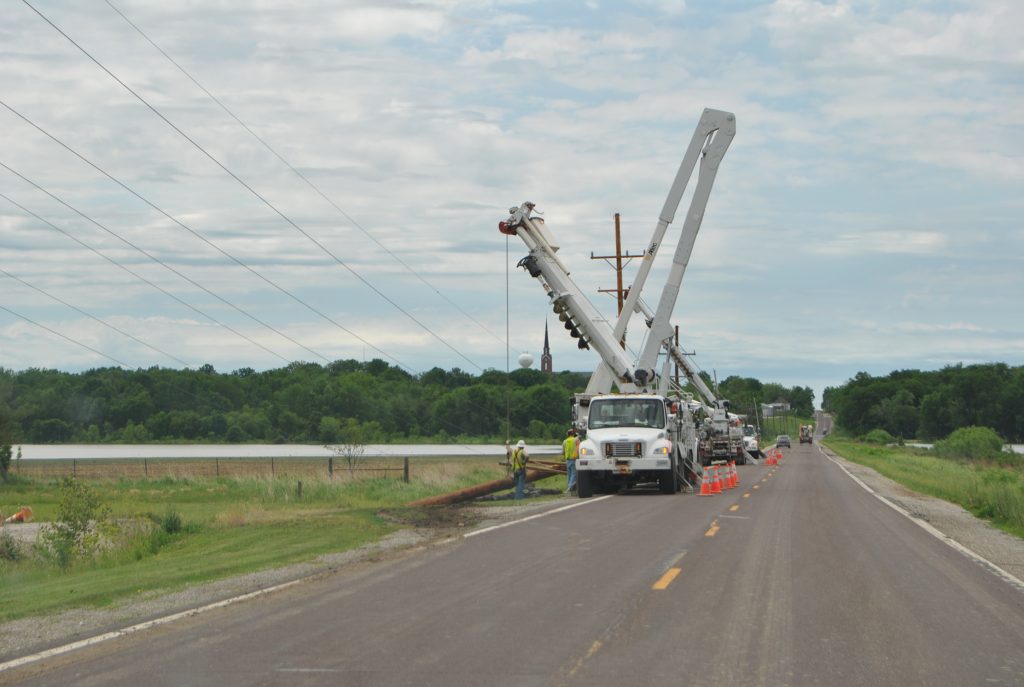 According to representatives from Lewis County REC and Ameren Missouri, between the two electricity providers approximately 2000 customers lost power at the height of the storm.

“We’ve got about 35 that are still without power that we hope to have restored by the end of today. At the height of the storm we had about 700 members loose power primarily in Knox County,” said Lewis County REC Member Services Manager Travis Mathis.

According to the Executive Spokesperson for Ameren Missouri Kent Martin, roughly 1300 customers in and round Knox were affected by the storm.

“In the Baring area 210 customers were out for about 12 hours. All storm related. From a broken pole and wires that came down with a pole. 189 customers in the area near Rutledge and Gorin were out for four-and-a-half hours because broken wires and cross arms were down. The biggest area was the area of LaBelle, Lewistown and Knox City that affected 951 customers for an hour and 45 minutes. We’re still investigating that. We didn’t have a downed line. We were able to get power rerouted and we’re still looking.”

“We had a few in Lewis and a very few in Clark. It was pretty much spread throughout Knox County,” said Mathis. “We ended up loosing a bout 50 total polls. Crews were dispatched at about 10:00 p.m. and worked through Wednesday. They went home for a rest period and are back out working again today.”

“We’re in assess and repair mode. It can move very quickly but when you’ve got poles down and wires down in a large area it can take some time,” said Martin.