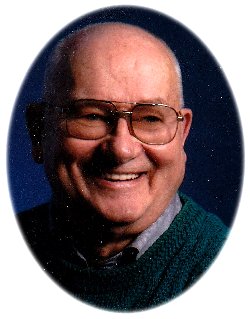 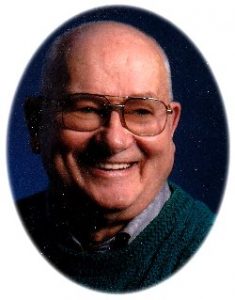 Jack was born on July 16, 1923, in Keokuk, Iowa, the son of James Henry and Grace Martha Washburn Vaughan.

He attended the Wells Carey Elementary and graduated from the Keokuk Senior High School in the Class of 1942. Jack worked for several companies around Keokuk including, Hulson Grate, Burlington Railroad, Hubbingers, and General Mills before moving to Edina, Missouri in 1956. Jack farmed for a while north of Edina and was a carpenter for many years with Jimmy Walker, building numerous houses in Knox County.

In 1944, in Keokuk, Iowa, Jack married Eloise Summers and she preceded him the same year.

In 1945, in Keokuk, Iowa, Jack married Doris Gray and to this union two boys were born.

In 1951, in Kahoka, Missouri, Jack married Murnia Woodward and she preceded him in 1986.

Jack was a member of the Edina Assembly of God Church and later attended the Edina United Methodist Church, with his sweetheart of 26 years, Lorene Woods, and she preceded him.

He was an avid St. Louis Cardinal Fan, was part of the coffee club at Casey’s General Store, loved to build all kinds of wood crafts that he sold and gave away in the community, enjoyed baking pies and candy near the holidays and spread it around for all to enjoy.

Jack enjoyed attending different shifts for coffee at Casey’s and was always sharing memories from his past, but a visit with Jack always ended up with him telling us how proud he was of his family and what they were doing.

An expression of sympathy in memory of Jack Vaughan may be left to the Edina Methodist Church. A memorial may be left at or mailed to the Doss Funeral Home 208 N. 4th Street, Edina, Missouri 63537.