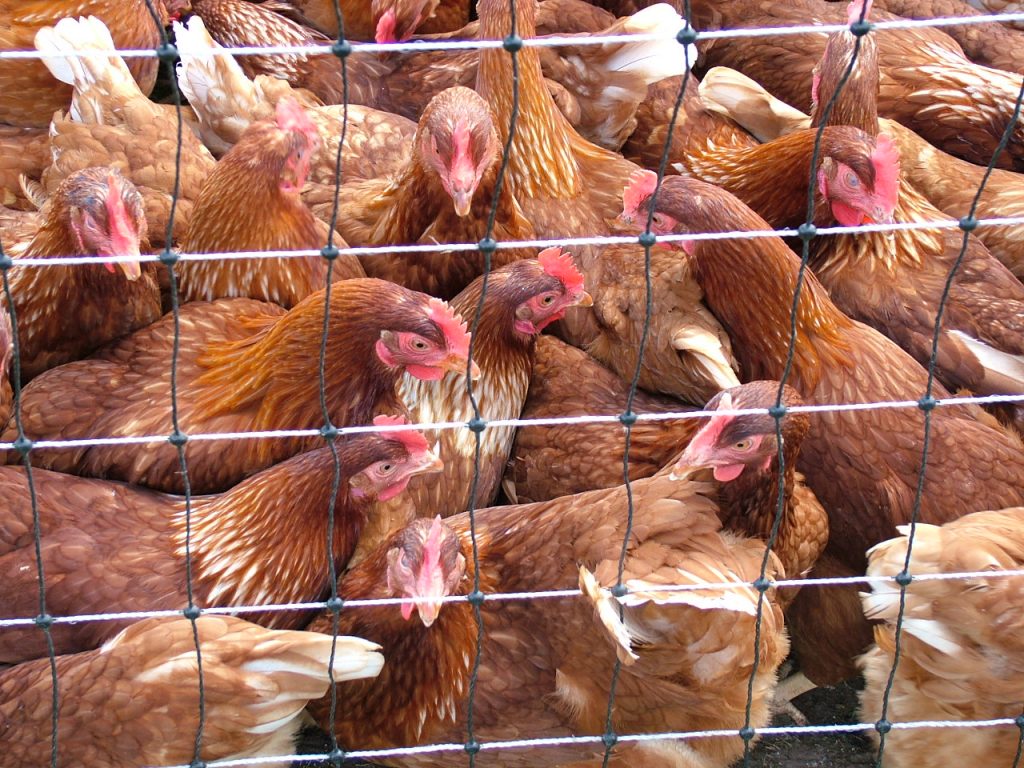 Since the discovery and legal confirmation of a “glitch” in the Knox County Health Ordinance early last week, on June 30, 2014, the Burkholder Chicken Farm north of Edina, and three new chicken farms have announced their intentions to expand and build facilities housing up to 20,000 birds each in Knox County.

According to the June 30, 2014, minutes of the Knox County Commissioners’ regular meeting, the attorney representing the county, David Brown, advised the commissioners that due to the inconsistency found in the ordinance, which should have been changed in 2006, but wasn’t, a single sentence at the end of section 1.6 of the ordinance is the culprit. And that sentence opens the doors to anyone who wants to build a feeding operation in Knox County with less than 999 AU.

The sentence in question reads, “A CAFO (Concentrated Animal Feeding Operation) does not include a feeding operation that has a capacity of less than nine hundred ninety-nine (999) AU.”

According to the Commissioners, the number of animal units (AU) should be 300, not 999.

By the current definition an operation containing the following numbers of animals or less are not considered to be a CAFO in Knox County and, according to the June 30 minutes, the Knox County Commission has no option but to allow the construction of new or expanding facilities until the glitch is fixed and the ordinance is officially amended.

Brown recommended the Commissioners amend the ordinance and fix the discrepancy. He also advised the commission consider amending the setback distances to be more consistent with the rest of the state.

The Knox County (CAFO) Health Ordinance was most recently changed in 2011 when, among other things, the setback distances (distance a CAFO can be in relation to an occupied dwelling) were increased. The change effectively muscled out the largest facilities by making the setback distances stringent enough that large operations, Class 1, would be unable to set up shop in Knox County. The main concern at the time of the change was the establishment of hog confinements and the effort was to keep them from spreading and expanding in the county.

Several weeks ago a local farmer, Leonard Burkholder, approached the Commissioners about changing the AU definitions for laying hens to match the State’s definition, which would have allowed him to expand his existing operation without falling under the ordinance. His operation was already inline with what the ordinance should have read.

Eastern and Western District Commissioners voted down the proposal and Burkholder was told the expansion wasn’t an option.

But now that this “glitch” has been discovered he’s able to move forward along with several others who have announced their intentions to build to the Commissioners during their regular meeting on Monday, July 7, 2014.

The commissioners informed each of the men their hands were tied and the farmers were allowed to build, asked how many hens each facility would house and made a list, which is expected to appear on their meeting minutes for that day.

The idea behind the announcements is to have those “intentions to build” on the county’s official record and to be “grand fathered in” and fall under the “under 999 AU” as the ordinance currently reads.

The next step for the Commissioners is to amend the ordinance and drop the AU number down to where it should have been. The soonest they can do that is Friday morning, July 11, 2014, because a vote on the change has to appear on their meeting agenda in order for the amendment to be legal.

More information about this story will appear in the July 16, 2014, edition of The Edina Sentinel along with the Knox County Commissioners’ meeting minutes for the month of June.

Click HERE to read “Local Chicken Farm Expansion Denied By County Commission” printed in The Edina Sentinel on May 21, 2014.