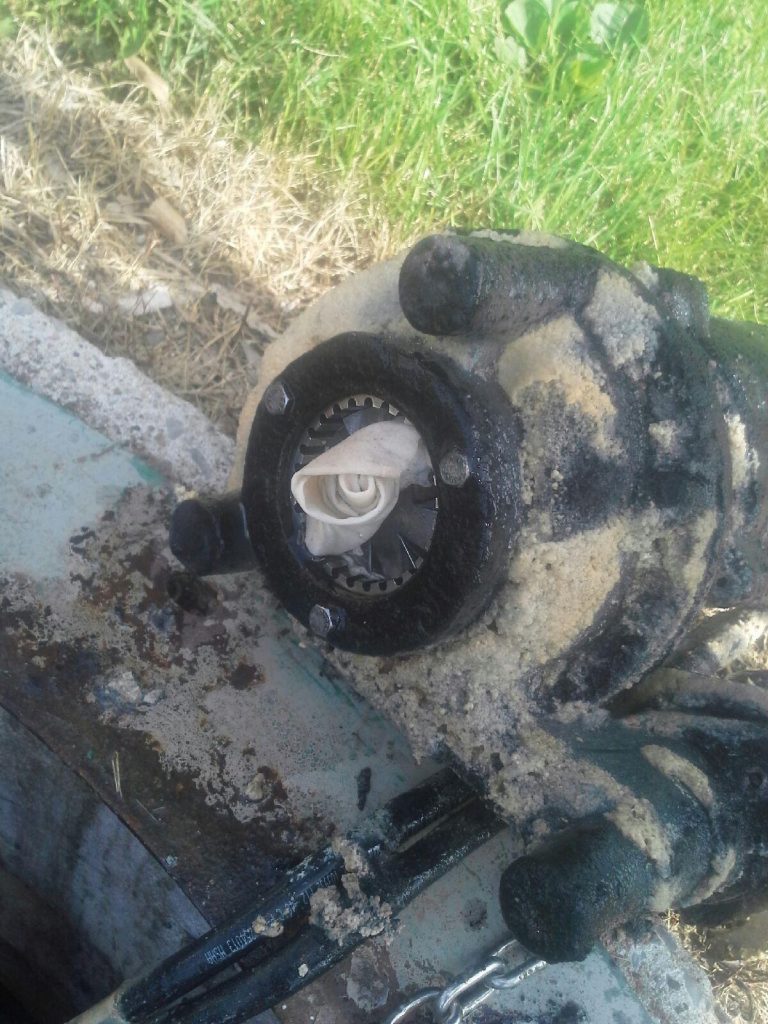 (Note: This story was published on the front page of the July 23, 2014, edition of The Edina Sentinel. We’ve gotten positive and negative feedback about it. The full front page story and an audio recording of the actual discussion during the City Council meeting has been posted here. Do you think we did a fair job covering this story? Please leave your comments in the comments section.)

On Monday, July 14, 2014, the Edina City Council met for their regular meeting. During the meeting First Ward Alderwoman Renee Edwards brought the matter up to the Council and voiced her concern.

“If any of the City Council or the Mayor lived in the neighborhood they’d be really complaining,” Edwards told the Council. “What is so different with this lift station that services 12 residents, 12 homes, that any other lift station – we don’t have any problem with it?”

“We’ve got more rag (wipes) issues in our lift station,” said Parrish. “The problem is they’re going down in the sewer.”

According to Parrish, the lift station in the southeast subdivision isn’t the only life station being effected by wipes. The pumps in a lift station in northwest Edina were also clogged by wipes the week before.

“We ordered new cutters, but I don’t think that will fix it. You might cut it down 70 percent, but it’s not designed to chew those up. It’s like cutting a t-shirt up throwing it in there and expecting the pumps to chew it up,” Parrish told the council.

“I think we’ve band-aided it long enough. We’ve got to get somewhere. Get something done. Someone to come in here and help. If we need a bigger lift station, bigger pumps or something. I’d be really (mad) if was me guys,” said Edwards about the southeast subdivision, which has been plagued by sewer issues.

“We’re going to have to fix it right,” said Edwards.

“Those houses were built below the sewer line. They should have never been built,” Craig Miller chimed in.

“I don’t know what we’re going to do, but we’ve got to get it stopped because, I guarantee you, we’re going to be looking at another lawsuit,” said Edwards.

The council passed around photos taken by Parrish, which showed the pumps from the southeast lift station clogged with wipes and discussed their options including sending more letters to the residents whose homes are connected to the lift station and placing cameras inside the sewer lines to determine which home or homes the wipes are coming from.

“Another problem is it’s not the pump it’s the people over there. You wanna start pointing fingers. It’s the people putting that crap right there,” said Miller holding up a photo of a pump full of wipes.

“They just need to quit putting them in there. It’s pretty simple,” said Parrish.

“I’d be going around knocking on everyone’s door if it was me in that neighborhood,” said Miller.

Residents connected to the sewer lift stations where the pumps have been clogged by wipes should expect more letters from the city asking them – telling them – not to flush wipes into the sewer line.

According to Wriedt, wipes are not made to break down in water like toilet paper because they are made to stay wet.

According to Parrish, it only takes one wipe to cause a pump to clog and fail.

In a worst-case situation sewer pumps clogged by wipes could fail. If gone unnoticed the line would be unable to evacuate sewage and could cause the system to back up, which could lead to Edina homes being flooded by raw sewage.

Please, whoever you are, quit flushing wipes down the toilet.