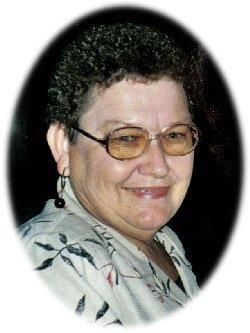 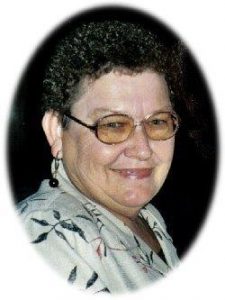 Reta was born on July 11, 1944, in Kirksville, Missouri, the daughter of Richard and Irene Bowen Rowlison.

She attended the Hurdland Elementary and High School, graduating in the Class of 1962. Later that year Reta married Eugene Yoakum on December 22, 1962, in Edina, Missouri.

She was a member of the Hurdland Baptist Church and the Ladies Auxiliary and served on the Hurdland 4th of July Committee for more than 20 years.

Reta enjoyed gardening, sewing but most of all she loved her family and grandkids, she spent much of her time cooking for her family or anyone that stopped in that she considered family.

She is survived  by her husband of fifty-one years, Eugene Yoakum of Brashear, Missouri; two sons, Marvin and his wife Elizabeth Yoakum of Kirksville, Missouri, and Darin and his wife Cheri Yoakum of Hurdland, Missouri; two daughters, Belinda and her husband Joe Broughton of Monroe City, Missouri, and Tammy and her husband Tim Wolff of Brighton, Illinois; a brother Charlie and his wife Helen Rowlison of Hurdland, Missouri; a sister-in-law, Donna Kay Rowlison of Novelty, Missouri; ten grandchildren, Tori, Madison, Amy, Katie, Adrianna, Zeke, Mackenzie, Emily, Isabelle, and Samuel; three great grandchildren, Carissa, Haven and Roy; a close family friend that Reta thought of as her fourth son, Mori and his wife Liz Leavitt of Bainbridge, Washington and their daughter, Emilie; along with numerous nieces, nephews, cousins and a host of friends.

An expression of sympathy in memory of Reta Yoakum may be left to the American Cancer Society. A memorial may be left at or mailed to the Doss Funeral Home, 208 N. 4th Street, Edina, Missouri 63537.