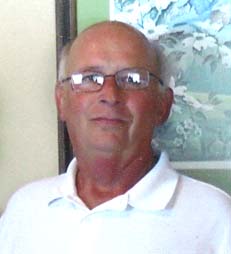 William Darrell “Bill” Glasgow, age 65, of Republic, Missouri, died August 17, 2014, in his home with family at his side. He was born on November 13, 1948 in Edina, Missouri, the son of Bobby C. Glasgow and the late Virginia Glasgow.

Bill was united in marriage to Linda Susan Rekus on April 4, 1970, in Colony, Missouri, and enjoyed 38 years of marriage before Linda’s death on January 28, 2009.

After graduating from the University of Rolla in 1971, he worked as a Chemical/Pharmaceutical Engineer for 43 years. Bill was passionate about Corvettes, photography, and loved being with his grandsons, family, and friends.

He is survived by two children and their spouses, Brian and Lesley Glasgow, and Cheryl and Tyrel Lock; three grandsons, Cody Glasgow, and Skyler and Seth Lock; his father and his wife, Bobby and Evelyn Glasgow; a brother, Jim Glasgow; a sister, Kathleen Smith; a step sister, Dixie Stribling; and many other relatives and friends.

A second visitation was held from 3 to 4 p.m., with the funeral service beginning at 4:00 p.m., in the First Christian Church of Edina on Thursday, August 21, 2014, under the direction of Meadors Funeral Home, Republic. Interment followed in Harmony Grove Cemetery, near Colony, Missouri. In lieu of flowers, contributions may be made to The Salvation Army Corps, P.O. Box 9685, Springfield, MO 65801. Online condolences may be shared at www.meadorsfuneralhome.com