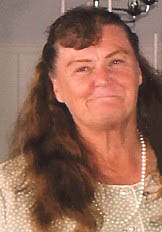 She was born in Quincy, IL, on October 9, 1941, the daughter of Albert Sylvester and Mabel Clara Keith Morris.

She was united in marriage to Lionell Hubert Shultz at Lancaster, MO, and he preceded her in death on July 15, 1994.  Clara was also preceded in death by her parents, one son George Shultz, one brother Albert Ronald Morris, grandchildren Jesse Shultz and Jonathon Jackson.

Clara was raised at Ewing, MO where she graduated from Ewing High School.  She lived most of her married life in the Edina area where she and her husband were engaged in farming south of Edina.  She was employed for 10 years at Con-Agra in Macon, MO.  She enjoyed gardening, cooking, spending time with her children and grandchildren and was a member of the Knox City Baptist Church.

Memorials in memory if Clara Jean Shultz may be made to the Knox City Baptist Church.  Memorials may be left at or mailed to Hudson-Rimer Funeral Home, P.O. Box 1, Edina, MO 63537.