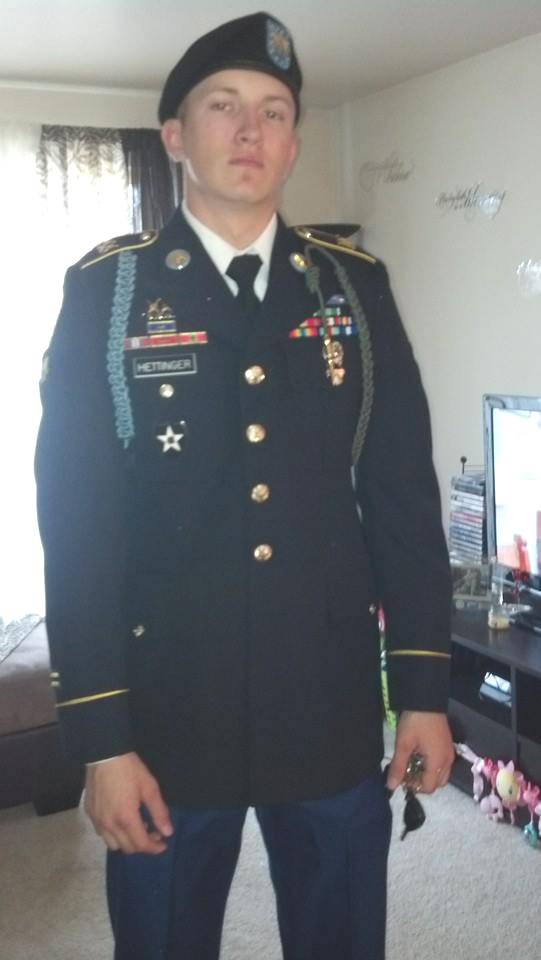 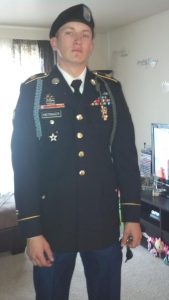 SGT. Logan Ash Hettinger was born the son of Randell Hettinger and Cheryl Jensen.  Logan graduated Prairie Home High School in 2011 and entered the Army in June of 2011. He attended basic training in Fort Benning, GA. and his first duty station was in October of 2001 in Fort Lewis in Washington. In December of 2011 he served in Operation Enduring Freedom in Afghanistan. After returning back to Fort Lewis from OEF Logan married Amber Frank on December 3, 2012 and was awarded the rank of SGT. in 2014. The military was Logan’s life but he loved to work out, play video games and play basketball. Most of all the love for his daughter and family came first.

Visitation for SGT. Hettinger was 11:00am to 1:00pm Sunday, August 31 at the Prairie Home High School in Prairie Home, MO. Funeral services followed at 1:00pm. Burial with full military honors followed in Memorial Park Cemetery in Columbia, MO. Arrangements under the direction of Davis Funeral Chapel in Boonville.

In lieu of flowers the family request memorial donations be given to the Prairie Home High School.