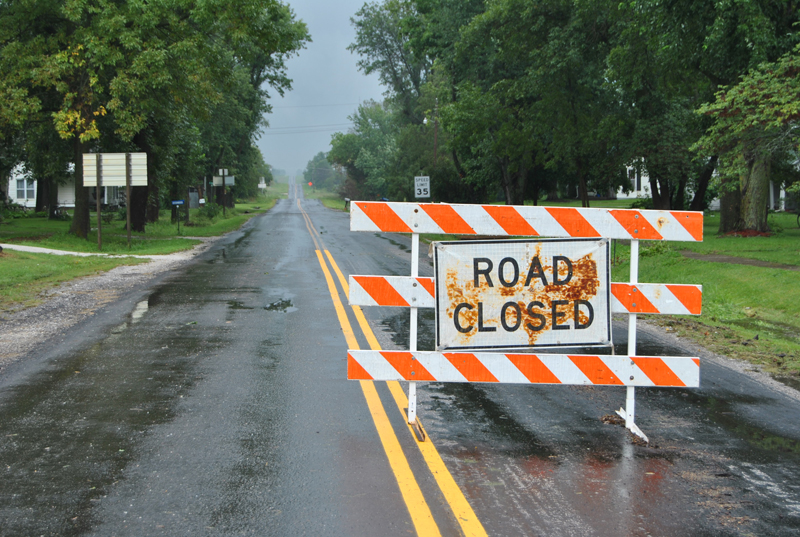 According to reports received at The Edina Sentinel office, Knox County has been inundated by flash flooding throughout the county after a severe thunder storm accompanied by torrential rainfall, which began Tuesday evening, September 9, 2014, and lasted until the following morning, dumped an excess of ten inches of rain water throughout much of the county.

NWS trained weather spotters reported flash flooding in Hurdland and in the south section of Edina at approximately 5:00 a.m.

The Knox County R-1 School District made the decision to cancel school for all KCR-1 students early Wednesday morning due to flooded and impassable roadways.

According to reports received by the National Weather Service St. Louis office, multiple highways and county roads across Knox County were impassable due to high water Wednesday morning. The Knox County Sheriff’s Officer reported Highways V north of Knox City, K near Colony, 151 at 156 near Novelty, 156 near Salt River, F and 15 south of Edina, 11 west of Baring and TT south of Edina to W near Newark as all being under water as of about 8:30 a.m. 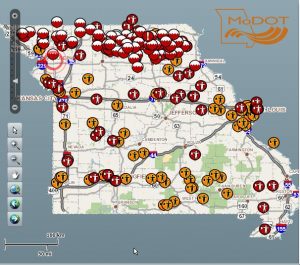 The Missouri Department of Transportation’s interactive Traveler Information Map showed dozens of water covered closed roadways throughout Wednesday morning and early afternoon up to the time of this post. Click HERE to visit see road closures and for latest road conditions in Missouri.

By 9:00 a.m. Wednesday the rain tapered off in Edina though creeks and rivers continued to swell until nearly noon.

According to the Knox County Emergency Management Director Keith Gudehus, the heaviest rainfall happened in a straight line from west to east making a line from Kirksville straight through the middle of Knox County.

“If you go straight from Kirksville to Edina the storm seems to have lined up. I’m hoping that will keep the rivers from rising here because all our creeks and rivers feed out of Schuyler and Scotland Counties. They didn’t get as much rain as we did and that’s good news for us,” said Gudehus.

According to Gudehus, there have been no reports of flooded structures, houses or businesses, that he knows of and the brunt of the flooding in Knox County is being experienced in the way of water covered roadways, though, he expects there to be several flooded basements and flood related headaches for local farmers.

Since the latest round of torrential rainfall the Missouri Highway Patrol has issued warnings to drivers about driving in hazardous conditions like flash flooding with added warning about “fall rains and changing weather patterns” lending to possible treacherous road conditions and urging drivers to heed road barriers put in place by the Missouri Department of Transportation.