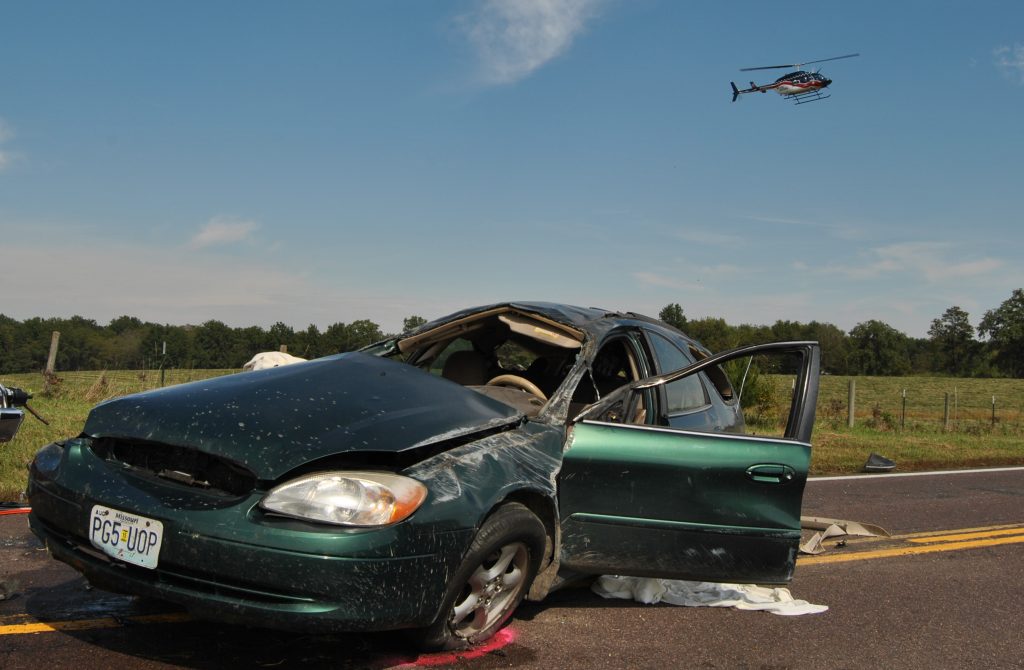 According to a Missouri State Highway Patrol crash report, on Wednesday, September 24, 2014, a Knox City man was seriously injured in a vehicle crash at approximately 1:35 p.m.

According to a MSHP arrest report the driver has been charged with driving under the influence of drugs, not having a valid drivers license and failing to drive in the right half of the road resulting in an accident.

Jeremy Kelley, 31, was eastbound on Highway 6, two miles west of LaBelle, when his vehicle, a 2000 Ford Taurus, ran off the road and overturned.

It was learned at the scene of the crash the vehicle came to rest right-side-up, on its wheels, and Kelley had to be extracted from the vehicle. 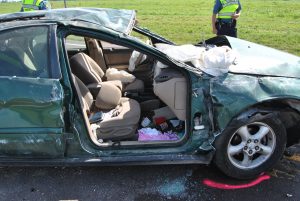 The jaws of life were used to cut the passenger door off the vehicle by First Responders at the scene.

Highway 6 between Knox City and LaBelle was closed for a period of time due to the crash.

According to the report, Kelley was wearing his seat belt. He was taken by the Air Evac Team to Blessing Hospital in Quincy, IL.