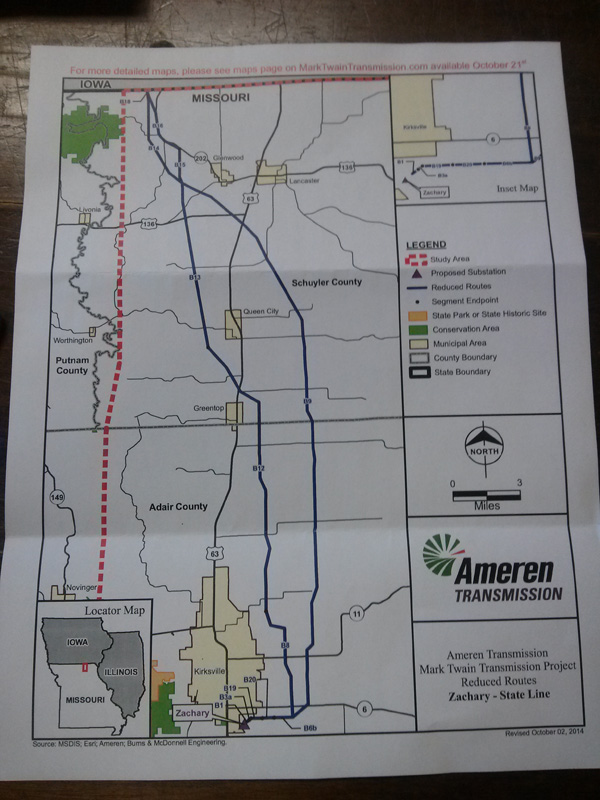 Knox County officials have received information from planners of the Mark Twain Transmission Project indicating the proposed routes of the 345,000-volt transmission line has been narrowed down to distinct options. 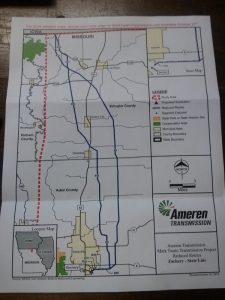 Information the Knox County Commissioners and Knox County Clerk received included an invitation to a special meeting for community representatives and the dates, times and locations for the next round of public open houses which will be held in Palmyra, Newark and Kirksville.

According to the information the commissioners received, members of the public are welcomed to attend any time during the hours listed.

In the last round of public open house meetings members of the public were able to speak with Ameren Transmission representatives and ask questions about the proposed routes.

A group of citizens from Northeast Missouri, Neighbors United, has formed in opposition to the Mark Twain Transmission Line Project. They meet every Monday evening at 7:00 p.m. in Kirksville, MO, at the Annex Building on Franklin Street north of the Adair County Courthouse.

Click here to read past coverage about the Mark Twain Transmission Project.