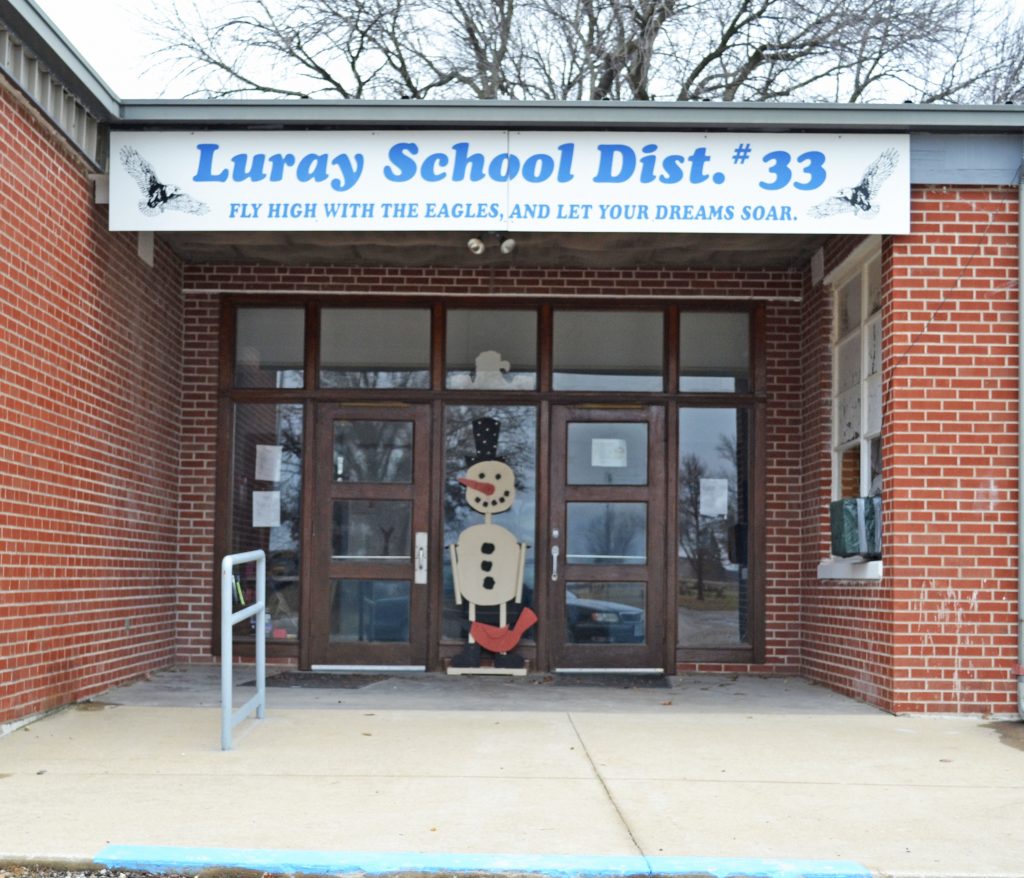 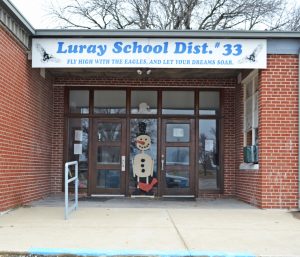 Victim of declining enrollment-The Luray School board is expected to put closing the school on the ballot in the spring. At this week’s board meeting, they will decide if they will try to close this year or next year.

“We need more funding, and we need more kids, but we’re not going to get them,” said Luray School Board member Miles Cameron.

Cameron summed up Luray School’s problem before a special public appearance of the Luray School board at the Luray Village Trustee meeting on Thursday evening, December 4. Less than twenty members of the public attended.

“Due to many factors,” school administrator Ann Dever explained, “we have been spending more than we take in, at that has been the trend since 2009.”

School enrollment at the K-8 district currently stands at only 40 students, with a total staff of 13 employees.

“We’d have to raise it to over $6.00 to continue operation,” said Cameron, “And the voters would never approve that.”

“School funding is so unpredictable. We can make it another year–maybe” said Cameron.

He went on to note that only two of the buildings four furnaces are working, and the board doesn’t know what it will do if faced with any major repairs.

“We’re preparing to put the closure vote on the ballot in the spring,” said Cameron.

“We want to find out if you’re okay with closing this year, or if we should prolong it for another year.”

“If we could keep the staff, this wouldn’t be an issue,” she said. “But are we willing to take the risk that we’ll have teachers?”

“We have a terrific staff, that is so caring. They all go so far above and beyond for our kids, even the secretary and janitor,” Dever said.

And while she has high praise for her staff and their success with students, she understands that many will need to seek employment at a different school if the opportunity arises.

Being a K-8 district, the school is required to pay tuition for the high school students attending another district. Tuition expenses to Clark County for the district’s 9-12 graders currently costs $8481 per student, the same as it would cost to send students to Scotland County. There are currently 12 high schoolers from Luray attending CCR-1, at a cost of $138,128. Next year, the school will have 18 high schoolers attending CCR-1, costing the district $152,658, based on this year’s tuition cost. That would be about 22 percent of the entire school’s budget.

If voters approve closing the school, students would join the Clark County R-1 district. CCR-1 would probably need to add a bus and bus route, but would absorb the students into existing classes without adding staff. The CCR-1 district would also take ownership of all the property and funds of the Luray District, and would be responsible for unemployment for Luray staff.

“They would have class sizes of about 19 students,” Dever said. “They want to make a transition as painless as possible. They know it’s not what we want to do.”

Dever noted that CCR-1 district’s resources, especially for special needs kids, will benefit their students, and reminded those attending that their kids already go to CCR-1 for high school.

“It’s sad that we’re even considering this, said Ed Nye, one of those in attendance. “If we lose the school, Luray is gone. But finances and emotions are two different things. We’d like the school to be here for 200 more years. But if we can’t, we can’t.”

The Luray School board will meet on Wednesday night, and expects to make a decision about whether to vote to close at the end of this year or next year at that time. Voters will have the final say at the spring election. Luray School board members are Amber Moeller, Karen Vineyard, Del Herring, Michael St. Clair, Miles Cameron, David Plenge and Robbie Nelson.

“It’s going to be a tough decision,” said Cameron.