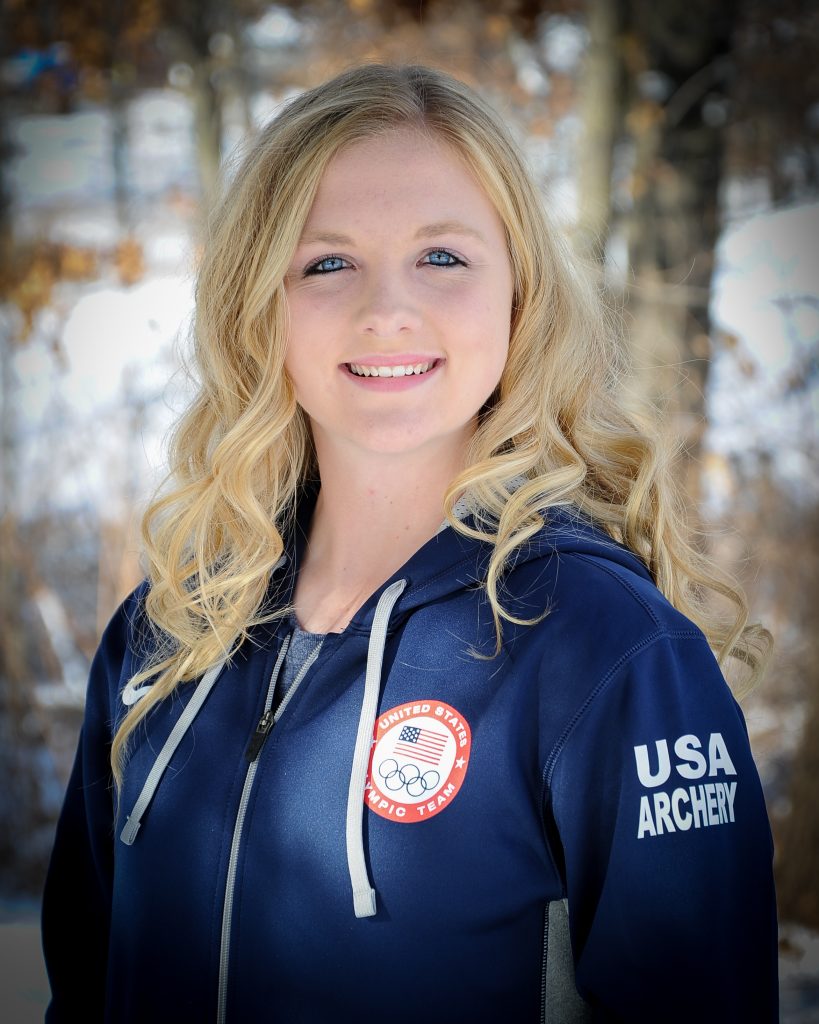 Ewing, Missouri – Northeast Missouri teenager Brooke Miller took up the sport of archery just over three years ago. She has won many local, state and national titles during that time.

The rural Ewing, Missouri teenager now has a couple of new titles to add to her collection. First is that of a United States Archery National Team Member. Miller qualified in the CADET age division made up of the top five qualifiers ages 15-17 from a series of tournaments hosted by USA Archery across the United States during the this year.

Brooke recently turned 14-years-old and was shooting up an age division resulting in her competing with girls up to four years older than her.

In July, Miller then traveled to Hamilton, Ohio to compete in the US National Outdoor Championships. After putting in a lot of practice, everything came together and Brooke was awarded the Grand National Title after a combination of three days of shooting.

Being named to Team U.S.A. could give Miller the opportunity to represent the U.S.A. in tournaments within the United States as well as outside of the country. The U.S.A. Archery Team routinely competes in Europe and Asia throughout the year in an assortment of World Championships.

On the heels of being named to Team U.S.A., Brooke then earned a spot on the first ever Compound Jr. Olympic Dram Team after attending a weeklong selection camp in San Diego, CA. The Jr. Dream Team is a program aimed at training the nation’s top young archers for international competition by giving them direct coaching from the U.S.A. Archery World and Olympic coaches. Miller’s overall goal is to have a chance at making the Olympic Team in 2024 and beyond.

Brooke is currently preparing for the winter Indoor season. Competing for the Mid-West Triple Crown covering shoots in Bloomington, IL, Des Moines, IA, and Kansas City, MO. She will also be competing at the World Archery Festival in Las Vegas, NV, in early February as well as the NFAA Indoor Nationals in Louisville, KY, in March.

Miller is the daughter of Kevin and Lori Miller of rural Ewing, Missouri. She is the granddaughter of Stan and Patricia Hinkle of Ewing, Linda Maggart of Kirksville and the late Danny Miller of Knox City. She is a freshman at Highland High School in Lewis County.