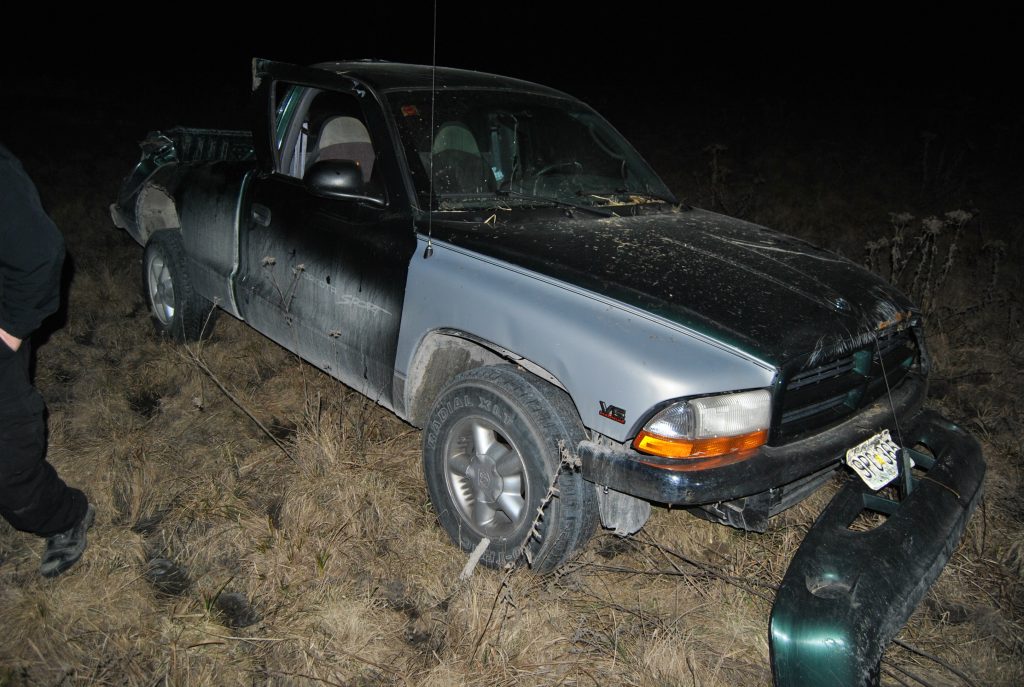 The crash took place at approximately 5:00 p.m. on Festus Avenue, a gravel road, when a westbound 2000 Dodge Dakota pickup truck being driven by Billy DeLony, 25, of Edina, ran off the road and overturned.

A passenger in the vehicle, Tyler Fraley, 21, of Edina, received minor injuries in the crash and was taken by a private citizen to Blessing Hospital in Quincy, IL.

According to Missouri State Highway Patrol Trooper Kyle McGivney and Knox County Sheriff’s Deputy Carl Knoche, who responded to the scene, the two men were lucky to walk away from the crash.

“It could have been a lot worse,” said Knoche. “It’s a good thing they were wearing their seat belts.”

The vehicle is listed as being a total loss.