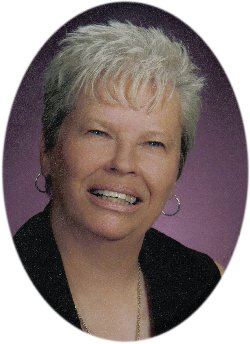 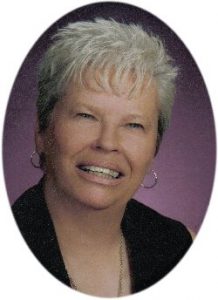 Midge was born on February 14, 1940, in Chicago, Illinois, the daughter of Edward Lee and Clementine Krueger Bender.

Midge attended the St. Joseph Elementary and Edina High School graduating in the Class of 1958.

On June 6, 1959, in Booneville, Missouri, Midge married Dewey Junior Shepard and to this union two children were born.

Midge was a member of the St. Joseph Catholic Church in Edina, Missouri. She worked most of her life in the Edina Community, she had owned and operated the Sportsman Café, worked as a beautician, DeRosears, Gilberts Southside Café and raised dogs, before retiring she owned and operated the “Things that Grow” greenhouse near her home.

Midge is survived by a dear friend and companion, Richard Harrison of Kirksville, Missouri; two sons, Dewey Lee and his wife Carla Shepard of Radcliff, Kentucky and Johnny Dean and his wife Donna Shepard of Fulton, Missouri; a stepson, Donald Bruce and his wife Grace Shepard of Hannibal, Missouri; two sisters, Phyllis and her husband Ray Mikula of Manistee, Michigan and Peggy and her husband Joe Liggett of Belvidere, Illinois; a sister-in-law, June Shepard of Edina, Missouri; three grandchildren, Georgianna Shepard, Jacob Shepard and Conner Shepard; step-grandchildren Alissa and Matthew Resor, Meagan Pursley and Austin Pursley; and Richard’s children that she loved as her own, David and Rebecca Harrison of West Plains, Missouri, Mike and Tammy Knapp of Joy Illinois, Jeff and Kim Harrison of Keithsburg, Illinois, Darren and Missy Harrison of Seaton, Illinois and T.J. and Sabrina Harrison of Keithsburg, Illinois; numerous nieces, nephews, cousins and a host of friends.

Midge was preceded in death by her parents; husband, Dewey Shepard on November 2, 2004; a brother, William Bender.

Burial will be in the St. Joseph Catholic Cemetery in Edina, Missouri.

An expression of sympathy may be left to the St. Joseph Catholic Church Restoration Fund. A memorial may be left at or mailed to the Doss Funeral Home 208 N. 4th Street, Edina, Missouri 63537.