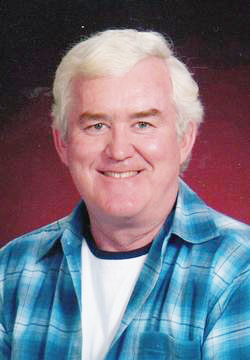 John Wayne Buschling, age 60, of Kahoka, MO, was received by his Lord and Savior on Saturday, January 10, 2015, at the Clark Co. Nursing Home in Kahoka where he had been a resident since late Friday afternoon.

John was born July 29, 1954 in Keokuk, IA, a son of George and Rebecca Toops Buschling.

He married Cheryl LaBarge on January 4, 1975, at the St. Joseph Catholic Church in Cottleville, MO.

He was preceded in death by his father; a son, Jeremy Buschling; father-in-law, Marvin LaBarge; and brother-in-law, Dennis LaBarge.

John was a 1972 graduate of Clark Co. R-1 High School. He had retired from Griffin Wheel due to failing health.

John was a life-long member of the Wayland United Methodist Church and attended St. Martha’s Catholic Church with his wife, Cheryl. Both he and Cheryl were involved in the activities of both churches and could be seen helping wherever needed. John never knew a stranger and made sure everyone felt welcome at all times.

He was an avid hunter all four seasons. Often you would find several campers at John’s home when Cheryl’s brothers would come to hunt with him. He loved to fish, garden, go camping and play with his kittens. He was a huge fan of the St. Louis Cardinals and of the Mizzou Tigers.

John loved visiting, playing cards, and bowling. He loved all of his family and was very close to each of them. He spent as much time as he could volunteering at the Clark Co. Nutrition Site.

Funeral services will be held Wednesday, January 14, 2015 at 10 a.m. at the Wayland United Methodist Church with Pastor Barb Hagerla and Pastoral Administrator of the Catholic Churches in Clark Co., MO, officiating. Burial will follow in the Sand Cemetery at St. Francisville.

Friends may call at Wilson Funeral Home in Kahoka after 9 a.m. Tuesday with family receiving friends from 5-8 p.m.

Memorials are suggested to the Wayland United Methodist Church, the Clark Co. Nutrition Site or the Clark County Nursing Home for Family Care. 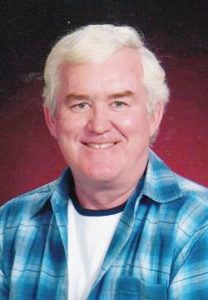