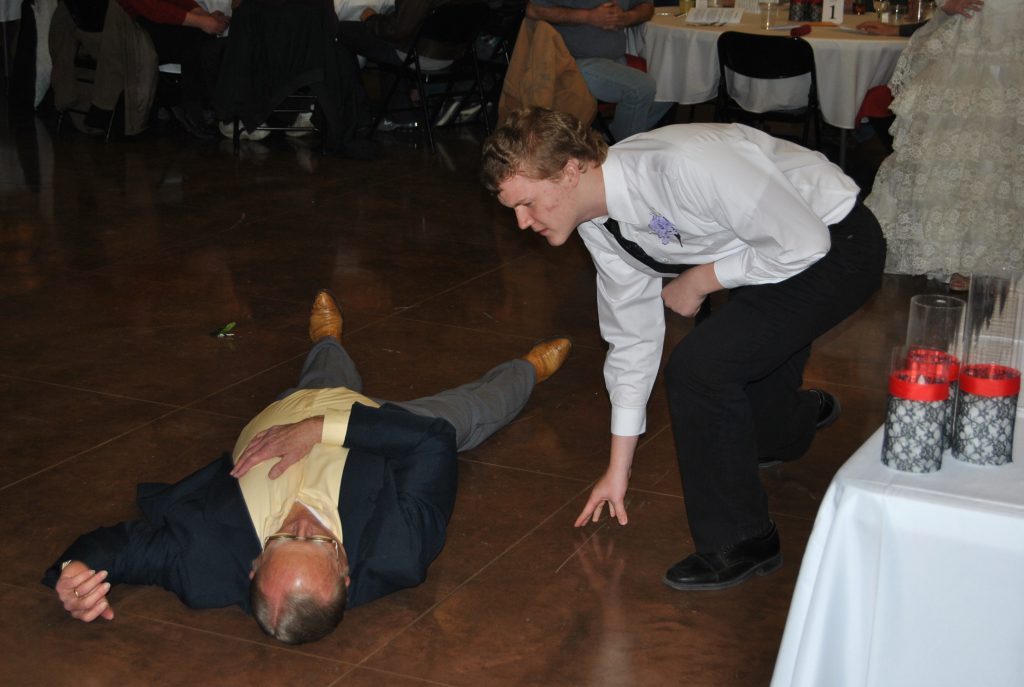 The play “I’m Getting Murdered In The Morning”, written by Lee Mueller and directed by Heather Darrah, was performed at the Knox County Community Center on January 9 and 10, 2015.

The photos featured below were taken before and during each performance by Echo Menges.

Read a write-up about the events and see more photos in the January 21, 2015, edition of The Edina Sentinel.