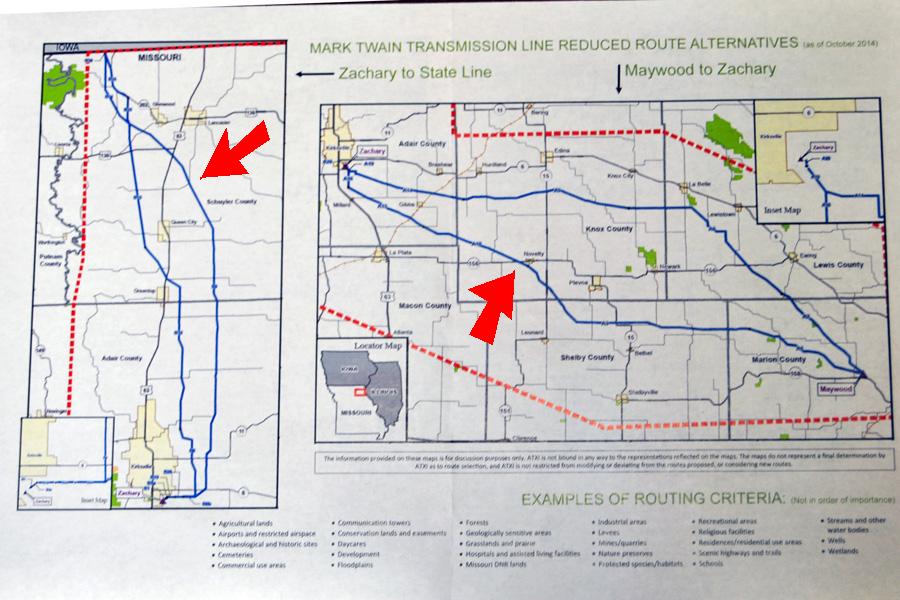 These documents showing the final routes of the Mark Twain Transmission Project were shown to The Edina Sentinel by confidential sources Monday morning, February 9, 2015.

The overdue and still unofficial determination of the final routes for the project from Ameren Services and Ameren of Illinois has been anticipated by local landowners since the end of 2014.

According to Ameren’s website outlining the project, the final step in the process of determining the route is to notify landowners.

This statement was found under the “easement” section of Ameren’s Mark Twain Transmission Project website:

After we finalize the route, we will begin contacting landowners along the selected route. Letters will be mailed to landowners requesting a meeting to discuss project details, which will include the proposed easement location, the type of facilities we will build, and easement compensation.

Past Coverage from The Edina Sentinel: