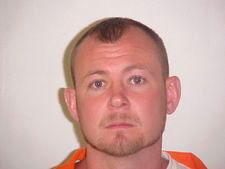 Kansas City Police officers initially suspected Arment of driving a stolen vehicle, followed him and stopped him after he allegedly failed to use his turn signal.

A felony vehicle stop was conducted and Arment was ordered out of the vehicle and placed in handcuffs. The arresting officer reported seeing a meth pipe and digital scale in plane view inside Arment’s vehicle.
Arment was placed under arrest for possession of drug paraphernalia and a baggie containing approximately one gram meth was allegedly found in his pocket.

Further investigation revealed he was not driving a stolen vehicle.

Arment has since been released from custody and formal charges have not been filed.

He is presumed innocent until proven guilty.