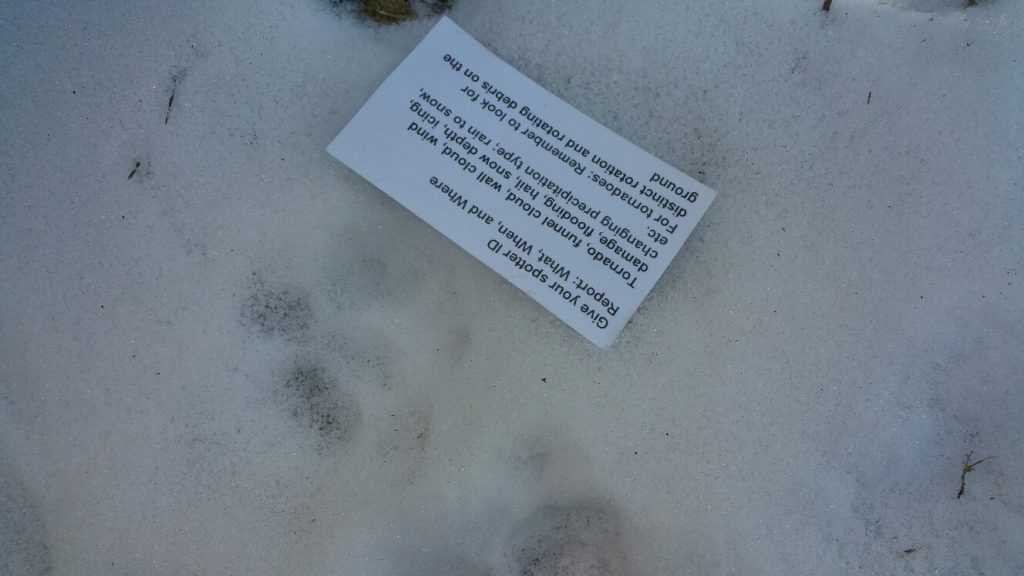 An Edina resident has reported seeing a mountain lion in the southeast section of town on Thursday afternoon, February 19, 2015.

According to the resident, the mountain lion was young and not fully grown.

The resident reported seeing the mountain lion chase domestic barn cats across the backyard only ten to 15 yards from their home.

The resident described the animal as being yellowish brown with a long tail and said it was larger than the domestic cats it was chasing.

The resident has seen mountain lions before, though, never in the wild.

According to the Knox County Missouri Department of Conservation Agent who investigated the report, there were too many domestic cat and rabbit tracks in the resident’s backyard to make a positive identification and he was unable to confirm the report.

Just four months ago another resident reported seeing a mountain lion in southeast Edina. MDC was not able to confirm that sighting either.

According to the MDC Agent, the tracks in our photos, which were taken on the resident’s property, are most likely melted tracks of domestic cats.

The photos accompanying this story were taken on Friday, February 20, 2015, at approximately noon.