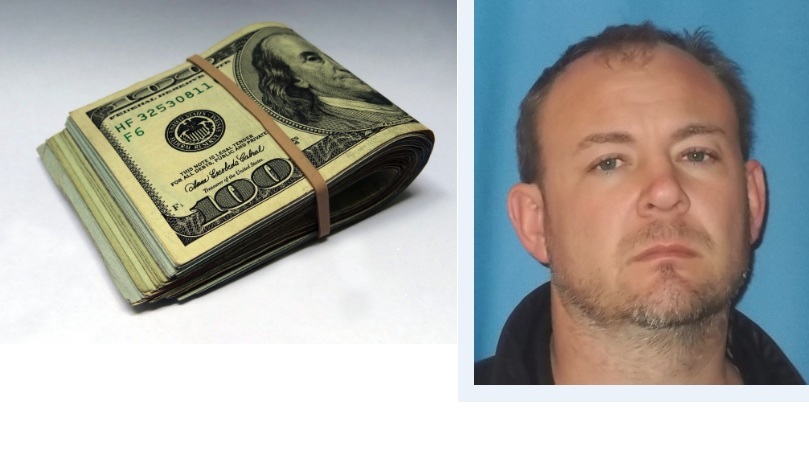 An Edina man has been arrested after allegedly trying to pass a counterfeit one-hundred-dollar-bill at a McDonalds in Lafayette County, located in Northwest Missouri.

Chad Arment, 36, of Edina, MO, was arrested in Lexington, MO, on Monday, February 23, 2015, for allegedly trying to pass the counterfeit bill at a McDonalds.

According to the original Probable Cause Statement filed by the Lafayette County Prosecutor’s Office, Arment allegedly claimed he received the fake bill while making change for someone at a residence he visited, but could not give police the locations of places he had been or the names of people he had been in contact with.

Arment was escorted from the McDonald’s to the Lexington Police Department for questioning and arrested after being questioned. He was remanded to the custody of the Lafayette County Jail on a 24-hour hold pending formal charges.

On Tuesday, February 24, 2015, the Lafayette County Prosecutor’s Office filed one Class C felony fraud charge against Arment. The following day, February 25, 2015, a Supplemental Probable Cause Statement was filed with the Lafayette County court charging Arment with four more counts of Class C felony forgery and one misdemeanor charge of theft/stealing.

According to the second statement, a McDonalds employee allegedly found a meth pipe and more fake bills stashed behind a toilet in the men’s bathroom after Arment’s arrest. One of the serial numbers on one of the counterfeit bills found in the bathroom matched the serial number of the bill Arment was allegedly trying to pass.

McDonald’s surveillance video was collected as evidence allegedly showing Arment attempting to spend the fake bill and showing him going in and out of the men’s bathroom.

Also, according to the second Probable Cause Statement, Arment is accused of allegedly passing a fake one-hundred-dollar-bill at a Casey’s (General Store) in exchange for a candy bar, a drink and fuel. He was allegedly caught on camera spending that counterfeit bill as well.

Since being arrested Arment was arraigned on, and plead not guilty to, the first forgery charge. He has yet to be arraigned on the added charges.

This is the second time this month Arment has been arrested elsewhere in Missouri.

He is presumed innocent until proven guilty.