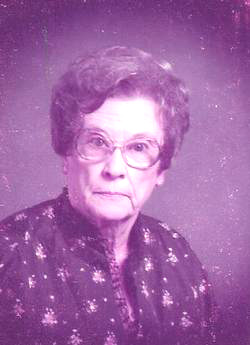 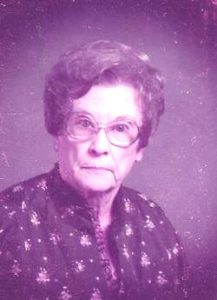 Born February 28, 1918, in Newtown, Missouri, Marian was the daughter of Zebadee and Stella (Widner) Johnson.  Marian united in marriage with Harley A. Lindquist on November 24, 1936, at Edina, Missouri.

She is survived by a daughter, Phyllis McElhinney and husband, Gary, of Union, Missouri; a sister, Doris E. Wade, and a nephew, Robert C. Wade and wife Marilyn, all of Kirksville.

Following her husband’s death, she served for many years at the Northeast Missouri Regional Medical Center as a volunteer at the front desk and gift shop.

Marian was a member of the First Baptist Church in Kirksville.  She enjoyed traveling and had visited most the lower 48 states and Hawaii.  In 1984, she visited England and Greece. Marian moved to Union, Missouri, in 2008, to be closer to her daughter.