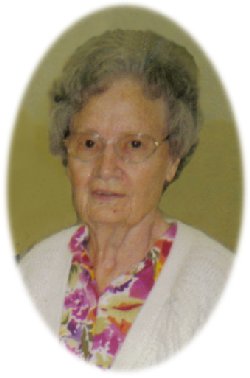 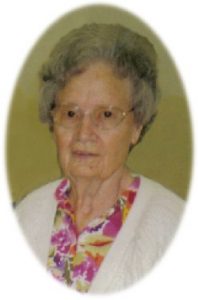 Mary Alice was born in Hurdland, Missouri on September 18, 1931, the daughter of Joseph Clark and Ada Myrtle Keisow Parrish.

She attended school in Hurdland, Missouri and graduated from the Baring High School in the Class of 1950.

On July 15, 1950, in Baring, Missouri, she married Glenn Wilson Funk, and they lived on the family farm all their life raising three children.

Mary Alice worked with her sisters, Dorothy and Barbara and Aunt Marie at the West Side Café and at the Knox County Nursing Home, in Edina, Missouri, for 28 years before retiring.

She was a member of the Hurdland Baptist Church. She enjoyed farm life, gardening and canning, but most of all she loved spending time with her family, especially her grandchildren.

An expression of sympathy in memory of Mary Alice Funk may be made to the Linville Cemetery. A memorial may be left at or mailed to the Doss Funeral Home 208 N. 4th Street, Edina, Missouri 63537.