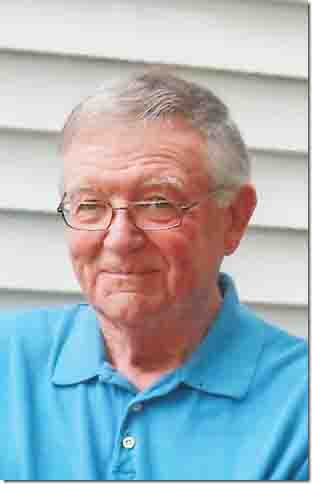 Gary was born November 28, 1940 in Gladstone, IL, one of four sons of Virgil and Ruby Beebe Gray.

He was first married to Nancy Trump and they were the parents of Pam, Charlotte, James, and Eric. On October 10, 1987 he married Sharon Glasgow Schreck.

He was preceded in death by his parents and two brothers, Kenneth Gray and Arnold “Pete” Gray and his wife, Wilma.

Gary was a 1958 graduate of Revere High School and had served in the Army National Guard. He was engaged in farming his entire life, and later farmed for Lynne and June Hardy. He also helped James and local farmers during harvest time. He was a former employee of Hartrick Lumber Co. in Keokuk and had retired from Wood Builders in Kahoka almost 10 years ago. He was a talented wood worker who shared his talents with his children, grandchildren and also with the community. His latest projects had included a baby changing table for his 2nd great grandchild expected to be born late this summer.

Gary was a member of the Clark Co. Moose Lodge. He served on the Clark Co. R-1 School Board for five years and was a former member of the Mississippi/Fox River Levee District. He was an avid Nascar fan. He loved spending time with his children and grandchildren and attending their activities. When they were in grade school he was the Great Pumpkin at Running Fox school and in Kahoka at the Spook parade for many years. He enjoyed decorating his house for Christmas and Halloween every year, winning many awards. He enjoyed reading and talking about family history.

Funeral services were held Saturday, February 28, 2015 at 10 a.m. at Wilson Funeral Home in Kahoka with Pastor Shawn McAfee. Special music was “How Great Thou Art”, “An American Trilogy” and “Precious Lord, Take My Hand” all recorded by Elvis Presley.

Visitation was held at Wilson Funeral Home after 1 p.m. Friday with family receiving friends from 5-7 p.m. Memorials were suggested to the Revere Cemetery or the Clark Co. Jr. Livestock Committee (to be used for their new livestock building at the fairgrounds). 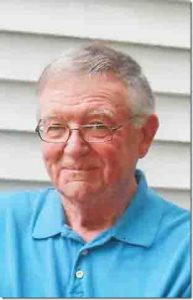