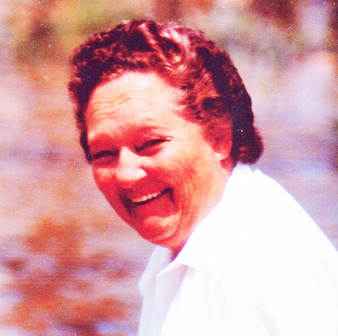 Patricia Jean Hardy Bryant left this world for the next on March 1, 2015. Beloved Mother, Grandmother, Great Grandmother and Great Great Grandmother, she was known for her compassion and terrific sense of fun. All those who knew her loved her dearly and she will be missed.
The daughter of Joseph Edwin Hardy and Ruby Bell Christy Hardy, she was born on February 15, 1929 in Revere, Missouri. Patricia enjoyed an idyllic childhood in rural Missouri on the banks of the Des Moines River. The youngest girl in a family of eight, she distinguished herself with her musical talent, and uncanny ability to encourage and support those around her. Always talented musically, she played piano in the family band. In this way, she contributed to the family coffers helping them to make it through the hardest times of the Great Depression.
On August 30, 1946, she married the love of her life, James Hickman Bryant in Kahoka, Missouri. They started their family with the birth of their first son, Johnny Lee, in November of 1947. Johnny was followed in 1949 by a second son, Murray Allen. Three daughters followed, Carol, Deena and Christy making their family complete.
In 1963, James’ job sent them to Central Illinois and they continued to build their lives. Patricia loved her children fiercely and provided the best of childhoods for all of her five children. Her determination and loving nature saw her children through the turbulent 60’s and 70’s. James and Patricia provided for their children and made sure that they had wonderful childhoods filled with Love and Laughter. Family dinners, car rides and magical Holidays were the order of the day.
After coming to Kerrville via the oilfields of Louisiana, Patricia lost her beloved James in October of 1989. It was hard for her to continue in this life without James but she did so for her children and her Grandchildren.
When her brother, Edwin Dennis, was stricken with COPD and Patricia made it her mission to see to his health needs. She stayed with “Denny” for the next 15 years and left only when her health would no longer permit her to care for her younger brother. Her life was filled with grief when her brother passed on December 19, 2012 and her oldest son, Johnny, succumbed to a heart attack in 2013. Still, she struggled on for her living children and grandchildren.
She is survived by her older brother, Henry Ross Hardy and spouse Ruby of Scottsville, Kentucky, one son, Murray Allen and spouse Linda Bryant, daughter Carol and her husband Harry “Sonny” Lassey, daughter Deena and spouse Kevin Elliott and daughter Christy and spouse Dean Rynearson. She leaves numerous grieving grandchildren, great grandchildren, family and friends.
In her typical selfless manner, she asks that in lieu of flowers Memorials be made to: Executive Women’s Club Cancer Assistance Fund, PO Box 290523 Kerrville, TX 78029-0523 or: Peterson Hospice, 1121 Broadway, Kerrville, TX 78028.
The Bryant family will have a private celebration of life service and interment.
The family invites you to leave a message or memory at www.kerrvillefuneralhometx.com. Select obituaries, select “sign guestbook” at the top right of the individual memorial.
Arrangements are under the direction and personal care of the professionals at Kerrville Funeral Home. 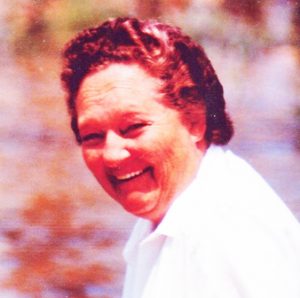