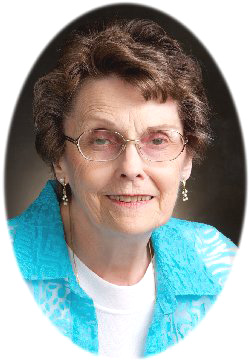 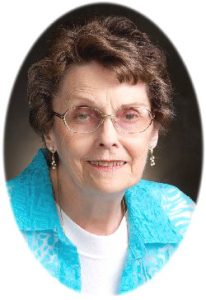 , 77, of Edina, Missouri, passed away peacefully in the comfort of her home among family and friends on March 9, 2015.

Born on September 16, 1937 in Cape Girardeau, Missouri, Patsy was the eldest child of Floyd Folk and Ina Fern Miller.  Her formative years were spent on the family farm in Oak Ridge, Missouri, where her father and uncle raised champion mules, and her brother and nephews continue this tradition today.

She was teaching at Fox High School in Arnold, Missouri, when she was introduced to Thomas Wand who was a student at St. Louis School of Pharmacy at the time.

They were married on August 7, 1960 in Oak Ridge, Missouri and settled in Quincy, Illinois.     Patsy worked from home managing finances for the family’s drug store, while raising their children.

Tom and Patsy relocated to Knox County, Missouri in 1991 after purchasing McKay Pharmacy in Edina, Missouri.  She assisted in the store and enjoyed living in a community where she knew most of the customers.  Patsy never met a stranger and was blessed with the ability to start a conversation with anyone.

In 2002, she received a liver transplant, at The Mayo Clinic, from a living donor named Dan Golden.  Throughout the past twelve years she shared the story of her life extension, and referred to her transplant as her “Golden liver.”

She was a loving mother and grandmother who was an active member of the Edina United Methodist Church and The Classy Lassy’s Red Hats Club.  In 2010, Patsy and Tom celebrated their fiftieth wedding anniversary.  She enjoyed flowers and could easily identify a vast variety of local flora.  She had a lifelong appreciation for anything sweet and rarely declined an offer of chocolate, cookies, cake or pie.

Patsy was preceded in death by her parents and her husband, Thomas Wand in 2011.

During her final days, the generous and caring Edina community that she loved supported her well with calls, food, care and affection for which her family will always be grateful.

Burial was in the Linville Cemetery in Edina, Missouri.

Memorial donations can be made to the Edina United Methodist Church or Hospice of Northeast Missouri. A memorial may be left at or mailed to the Doss Funeral Home 208 N. 4th Street, Edina, Missouri 63537.