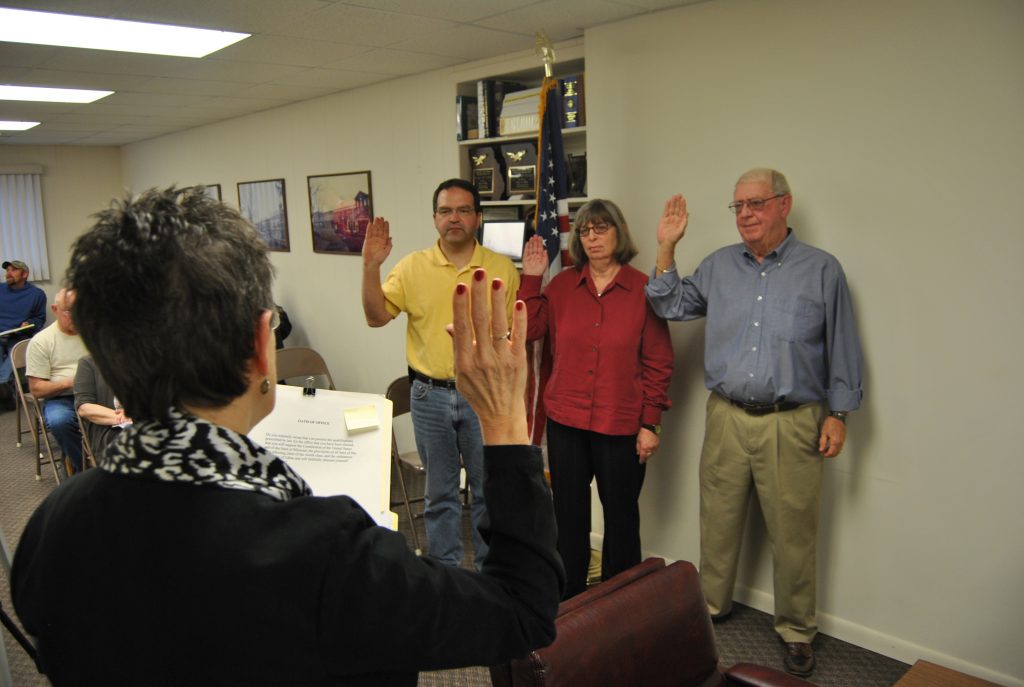 Correction: Absentee Ballots WILL be accepted at the Knox County Clerks Office during their regular business hours Monday through Friday until the Clerk’s office closes on April 27, 2015. According to Knox County Clerk Marlene Spory, the wrong information went out for this story which is printed in the April 22, 2015, edition of The Edina Sentinel.

“There are 257 registered voters living in Edina’s Third Ward,” said Knox County Clerk Marlene Spory. “Only registered voters from the Third Ward will be allowed to vote in the Special Election, which is everyone who lives on the west side of Highway 15 in Edina and west of that. Those able to vote should have signed up by March 11, 2015.”

According to Spory, who oversees all elections in Knox County, citizens who come in to vote need to bring a photo ID card or their voter registration card.

“It’s just like a regular election,” said Spory. “We’re only going to have two poll workers to keep down the cost, which has been cleared by the state. It’s going to be open from 6:00 a.m. to 7:00 p.m. It will be a smaller ballot – on card stock. The ballots will be kept in a locked box until the poll closes and the ballots will be hand counted by the poll workers, one Democrat and one Republican. Then the election will be certified the same night another Democrat and Republican recount the ballots.”

The April 28th Special Election is being held because there was a tie in the April 7th Municipal Election between challenger Delmar Strange, a retired city employee of 20 years, and incumbent Thomas R. Morgret, who has been serving the Third Ward for 14 years, was a tie. Only 72 votes in total were cast in the race and each candidate received 36 votes. The candidates could have agreed to let a game of chance, like flipping a coin, decide the winner but both opted for a Special Election.

We will bring you the winner of the Special Election on election night from our website, nemonews.net, and let you know who won in the May 6, 2015, edition of The Edina Sentinel.