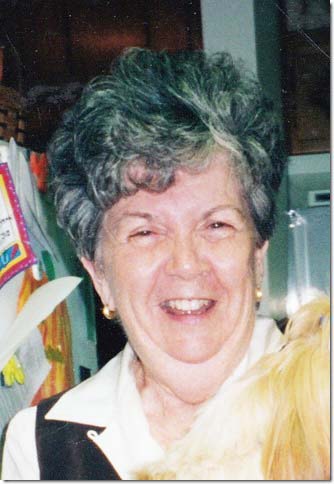 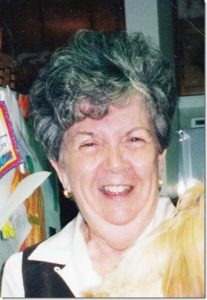 Marjorie Ann Summers, age 85, of Kahoka, MO, died peacefully on Monday, April 13, 2015 at the Clark Co. Nursing Home in Kahoka where she had been a resident the past three months.

Marge was born October 18, 1929, in Hannibal, MO, the daughter of Loran and Florence Stieghorst Smith.

She married Hugh L. Summers on July 24, 1954 at the First Christian Church in Hannibal, MO. Hugh was serving in the U.S. Air Force when they married so they lived in Marietta, GA until he was discharged. During that period she taught high school in Marietta until the end of December, 1954, when Hugh received his discharge. They moved to Kahoka in August of 1957.

She was preceded in death by her parents and two brothers-in-law, Oscar and Marvin Summers.

Marge graduated from Hannibal High School with the class of 1947 and from Northeast Missouri State Teacher’s College in May of 1951 with a B.S. Degree in Business Education. She received her Master of Arts Degree from Kirksville in August of 1952. She was Valedictorian of both her High School and College senior classes.

In college, Marge was a member of Cardinal Key, Pi Omega Pi, Phi Kappa Epsilon, and Sigma Sigma Sigma social sorority. She taught school at Roosevelt High School in St. Louis, MO prior to her marriage. She taught Vocational Business Education subjects for 32 years at Clark County until retiring in 1995. She had substitute taught until three years ago.

She was a charter member of the Beta Psi Chapter, Delta Kappa Gamma, and of the Tuesday Club. She had served several times as president of the Clark County Chapter of the American Cancer Society. She served as a member of the Board of the American Cancer Society representing the Northeast Area in Jefferson City. She also served as a member of the Library Board as well as secretary of the Clark County Local Cancer Fund since its formation. She was also a member of CTA and MSTA. She was a former president of the Vocational Business Education Teachers of NE Missouri.

Marge was a member of the Kahoka Christian Church since moving to Kahoka in 1957. She was a faithful member, serving as a Sunday School teacher and as elder of the church.

After retiring, she and Hugh traveled and visited all 50 states. Some of her greatest memories were taking all four grandchildren on trips during the summers. The past six years she and Hugh spent the four winters months in Tavares, FL, where they made many friends. She will be missed by all of her family, students, and many friends.

Funeral services were held Monday, April 20, 2015 at 10 a.m. at the Kahoka Christian Church with Rev. Jim Campbell officiating. Kathy Campbell was organist and Lee Ellen Shultz, pianist. Special music “His Eye is on the Sparrow” was by Dan McAfee with “The Lord’s Prayer” and “Amazing Grace” recorded by the late Mathew Eder. Congregational hymn was “May the Lord, Mighty God”.

Burial was in the Keokuk National Cemetery.

Visitation was held after 10 a.m. Sunday at Wilson Funeral Home in Kahoka with family receiving friends from 3-5 p.m.

Memorials in lieu of flowers weMarjorie Summersre suggested to the Clark Co. Local Cancer Fund or the Kahoka Christian Church.