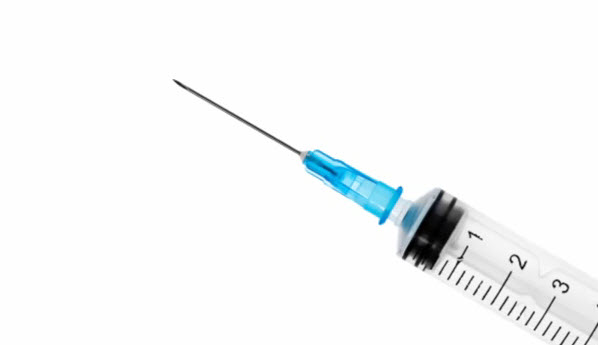 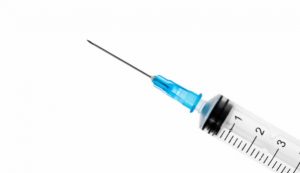 “Intravenous drug use is as high as I’ve remember it ever being,” said Kahoka Police Chief Bill Conger. “It gives users a faster high, but it doesn’t last as long, so they have to shoot up again.”
In Kahoka, police officers execute search warrants for drug offenses about once a month, according to Conger.
“We’re always working on cases, but we need to have enough evidence for the warrant, and it has to be current evidence, less than 10 days old,” he said.
“We always find marijuana and prescription drugs when we’re serving a search warrant, but we’re finding more needles than ever. They’re shooting meth and heroin.”
Heroin use in northeast Missouri was recently highlighted by the arrest of a Hannibal elementary school teacher, who was accused selling heroin.
“We’re find Mexican white heroin, not the black tar heroin we used to see. The Mexican Cartels are flooding the U.S. with it. Here, it’s coming up the corridor from St. Louis. And this is he scary part-PCP is making a comeback.”
According to the website www.drugabuse.gov, “Once heroin enters the brain, it is converted to morphine and binds rapidly to opioid receptors. Abusers typically report feeling a surge of pleasurable sensation—a “rush.” The intensity of the rush is a function of how much drug is taken and how rapidly the drug enters the brain and binds to the opioid receptors. With heroin, the rush is usually accompanied by a warm flushing of the skin, dry mouth, and a heavy feeling in the extremities, which may be accompanied by nausea, vomiting, and severe itching. After the initial effects, users usually will be drowsy for several hours; mental function is clouded; heart function slows; and breathing is also severely slowed, sometimes enough to be life-threatening. Slowed breathing can also lead to coma and permanent brain damage.”
Asked about other heroin use symptoms to watch for, Conger answered, “They are usually nervous and jittery. The old term for it would be ‘strung-out’. And they’re very talkative.”
Methamphetamines react differently in the body. Again, according to www.drugabuse.gov, “As a powerful stimulant, methamphetamine, even in small doses, can increase wakefulness and physical activity and decrease appetite. Methamphetamine can also cause a variety of cardiovascular problems, including rapid heart rate, irregular heartbeat, and increased blood pressure. Hyperthermia (elevated body temperature) and convulsions may occur with methamphetamine overdose, and if not treated immediately, can result in death.”

What to watch out for
“If anyone spots something they think might be drug-related, let us know,” Conger said.
“If you see a needle, don’t touch it for your own safety. It could be infected with HIV or Hepatitis. They share needles like mad,” he added.
“And if you see a burnt spoon, that’s a big red flag. They use the spoon to heat up the heroin to turn it into a liquid they can shoot up with.”