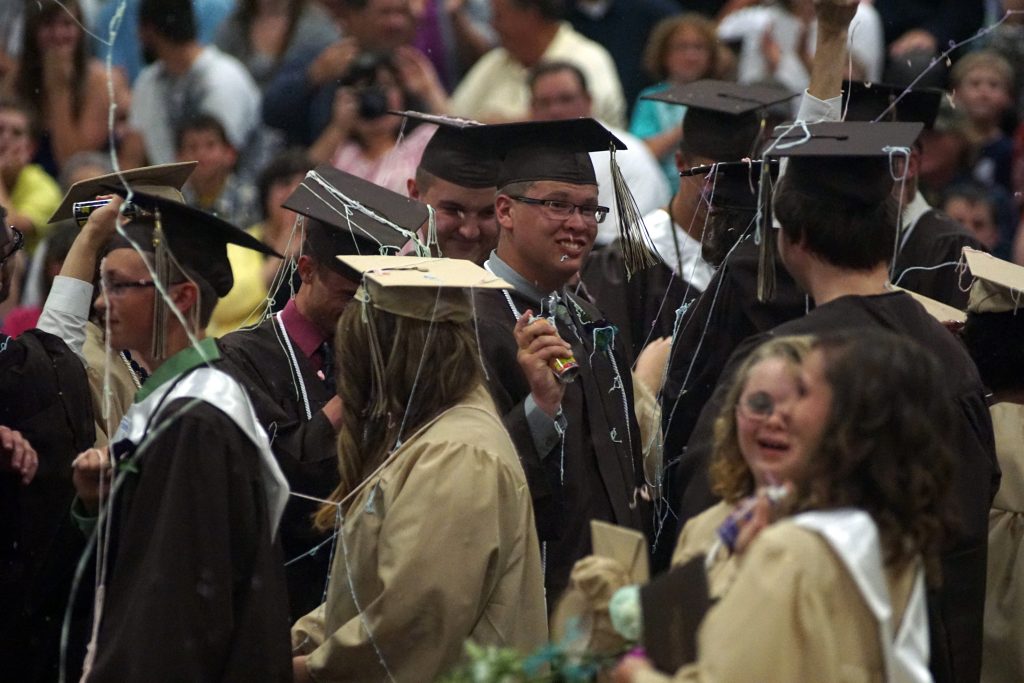 Lewis County C-I Superintendent of Schools Mr. John French welcomed an estimated crowd of over 1000 and 66 Class of 2015 graduates to the May 22, 2015 Highland High School Commencement exercises near Ewing.

Mr. French introduced district Board of Education members. Highland administrators recognized graduates who were joining the armed forces along with retired or active duty military in attendance.

Class of 2015 Vice President Sydney Luttrull led The Pledge of Allegiance prior to the ceremony.

Class Valedictorian Karley Smith and Salutatorian Casey Hinkle addressed the gathering. The Highland band and choir performed under the direction of Ryan Christian.

Among listed honors won by the Highland Class of 2015 were the George Washington Carver Awards, Missouri A+ Program, Academic Excellence Awards.

The Awards and Scholarships took the better part of two typewritten pages single-spaced to list.

Principal Alan Koch presented the Class of 2015 to the gathering as Highland High School Graduates.

Ceremonies were followed by a brief celebration and a reception in the High School commons.