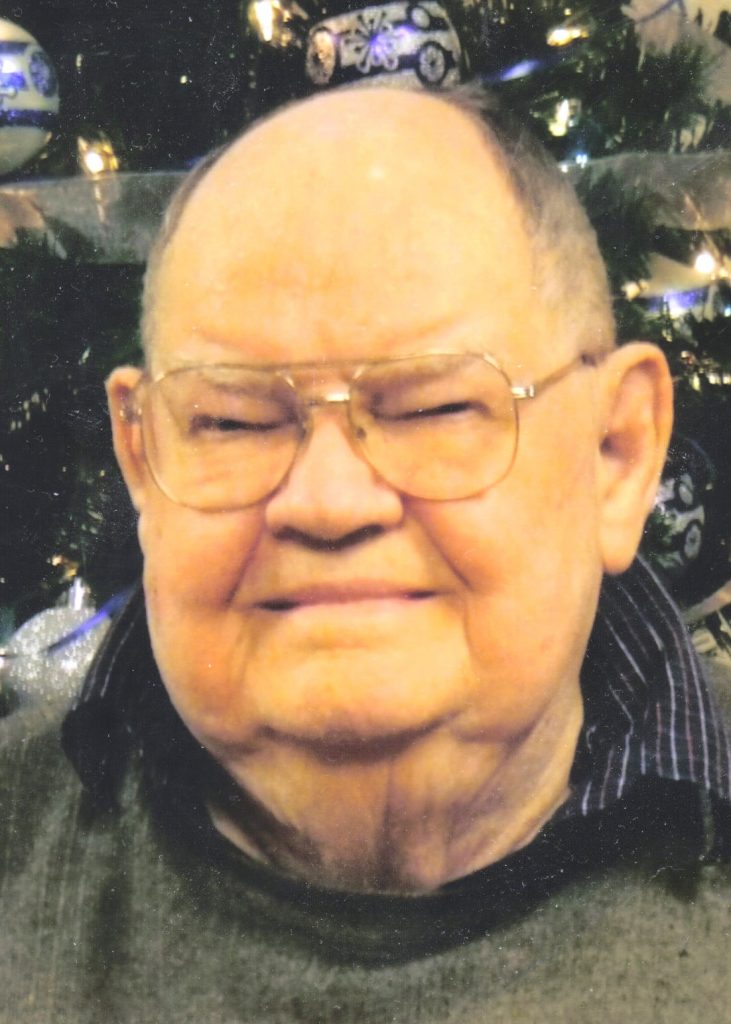 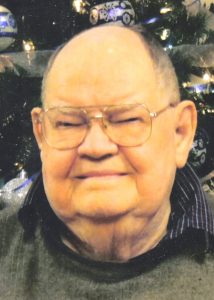 Charles was born on October 18, 1919, in Edina, Missouri, the son of John and Florence Mae Parcell Kelley.

He attended the Edina Elementary and High School, graduating in the Class of 1937.

On October 1942, he enlisted in the United States Air Force, in Peoria, Illinois. He served in the Army Air Force, 99th TC Squadron, based in England, and flew missions into north France, Normandy, Rhone, Rhineland and Ardennes, often airlifting wounded back to England for care. Charles received seven Bronze Stars and a Silver Star and other medals and other citations for his service.  He was discharged on October 27, 1945 from Jefferson Barracks in St. Louis, Missouri.

Charles worked most recently as a self-employed carpet layer in and around Edina. Previously he worked for several years as a meat cutter, and on a railroad and pipeline project in the past.

Charles married Erma Kathryn Marquette on May 26, 1946, in Kirksville, Missouri. They made their home in Edina, Missouri where Charles still resided. Charles was preceded in death by his wife Erma on June 23, 2000, and by his parents and a brother, John Benjamin Kelley, and a brother passed away in infancy.

Before retiring, Charles and Erma enjoyed boating on the Mississippi River and area lakes, and later they spent many week-ends in their RV. He loved working on their home, remodeling and updating the house they shared for 63 years.

At his request Charles was cremated and the family will announce a memorial service in the near future at the Doss Funeral Home in Edina, Missouri.