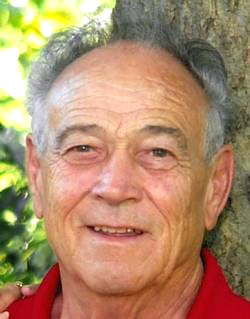 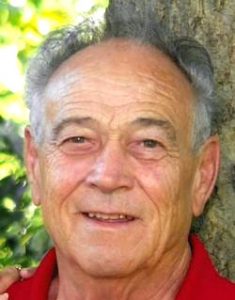 Born on October 17, 1935, in Knox County, Missouri, Forrest was the son of Tom and Carrie (Mitchell) Hall.

Forrest united in marriage with his childhood sweetheart, Wanda Lee Hudson, on February 5, 1956, in Novelty, Missouri.  He grew up on a farm in Plevna, Missouri. He worked as an insurance salesman, a drywall carpenter, a miner at the Bevier Mine, owned and drove an 18 wheeler, and owned and managed a marina at Thomas Hill Lake. After retirement, he helped his wife manage the restaurant they opened together, The Apple Basket Café. Forrest enjoyed golfing, and never knew a stranger, but most of all; he loved his Lord and time spent with his family. His favorite phrase was, “I have a great family.” He will be sadly missed by his family and friends.

Gone ahead of him to meet the Lord are his daughter and son-in-law, Sandi Jean and Jeff Walls; one grandson, Jared Randall Albright; his brother and sister-in-law Carol and Karen Hall, his in-laws, Robert and Mae Hudson, and his parents.

Funeral services were Tuesday, May 26, 2015, at the Hutton & McElwain Funeral Home in Macon with Pastor Rich Wills officiating.  Burial was in Hillcrest Memorial Gardens, north of Macon.  Memorials are suggested to the Open Arms Baptist Church Building Fund.