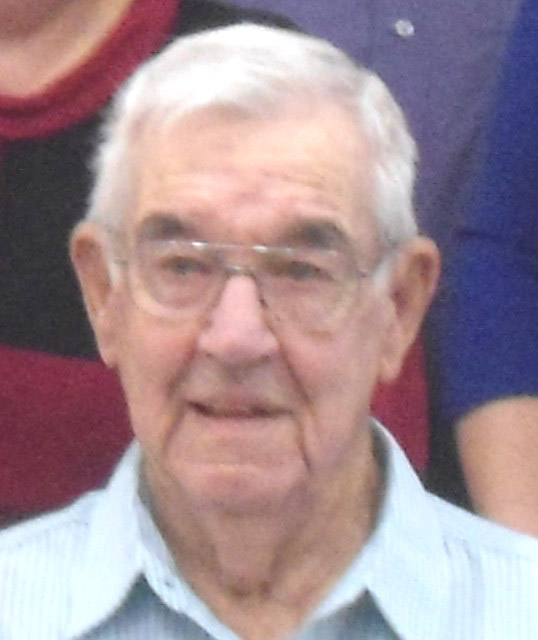 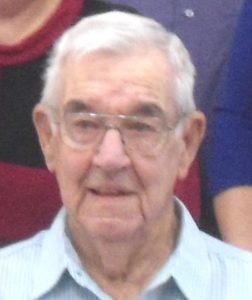 Harry “Virgil” Scifres, age 91, of LaBelle, Missouri, passed away Monday, May 25, 2015, at Country Aire Retirement Estates in Lewistown, Missouri, surrounded by his family.  Virgil was born November 20, 1923, the son of Harry Samuel and Ora Opal Hottle Scifres in Wyaconda, Missouri.

Virgil graduated in 1941, at LaBelle High School, LaBelle, Missouri, and served his country in the United States Army during World War II from 1944 to 1946.  He was of the Methodist faith.

Virgil retired from MFA working in Wyaconda, Canton & LaBelle.  After retirement he was assistant manager for Humphrey Feed & Seed for several years.  Virgil loved going to country music shows and watching his children participate in volleyball and other sports.

He was a caring husband, father, grandfather and great grandfather.  He was very proud of his family!  He was preceded in death by his parents, sister-in-law, Calene Steele and son-in-law, Donnie Carper.

Funeral services will be held at 10 a.m. Saturday, May 30, 2015, at the Coder Funeral Chapel in LaBelle, Missouri.  Pastor Barb Hagerla will officiate the services.  Burial with full Military Honors will be in the New Woodville Cemetery east of Wyaconda, Missouri.

Music will be provided by Camden Scifres, vocalist, accompanied by Evelyn Scifres.  Musical selections will be Old Rugged Cross and Amazing Grace.

Visitation will be held Friday, May 29, 2015, after 4 p.m. with family receiving friends from 6 p.m. to 8 p.m. in the Coder Funeral Chapel in LaBelle, Missouri.

Memorials may be made to the New Woodville Cemetery or Northeast MO Hospice.  Memorials may be left at or mailed to Coder Funeral Chapel, P.O. Box 151, LaBelle, MO 63447.