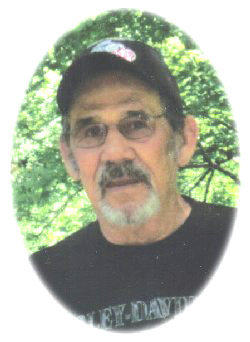 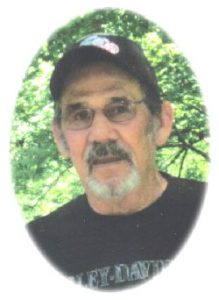 Hubert “Wayne” Harrell, 75, of Edina, Missouri, passed away Monday, May 25, 2015, at his son’s residence with his family by his side, near Edina, Missouri.

Wayne was born on October 25, 1939, in Arkansas, the son of Hubert and Georgia Robertson Harrell Sr.

He attended the Marquette School District in St. Louis Missouri before serving his country in the United States Marine Corp.

Wayne worked construction most of his life and was a member of the Local 110 RTW Trade Workers Union. He retired in 2004 and they moved to Edina, Missouri. He was co-owner of the J&W Bikes.

Wayne enjoyed building and riding motorcycles with his friends but most of all he loved his extended family and spending time with their kids.

Wayne was preceded in death by his wife, Rosalie; his parents, Hubert and Georgia Harrell; a brother Charles Harrell and sisters, Nora Helen Harvey, Vivian Walker and Doris Moore.

A Memorial Service will be 2:00 p.m. Thursday, May 28, 2015, at the Doss Funeral Home in Edina, Missouri, with the family greeting friends from 12:00 Noon until service time.

Military Honors will take place, after the memorial service, at the funeral home.

An expression of sympathy in memory of Wayne Harrell may be left to the DCI Dialysis Clinic in Kirksville, Missouri. A memorial may be left at or mailed to the Doss Funeral Home 208 N. 4th Street, Edina, Missouri 63537.