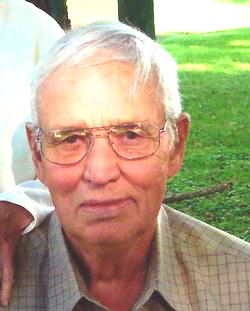 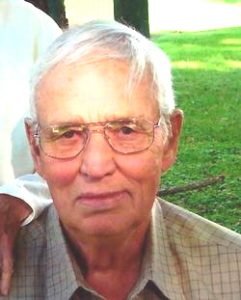 Raised in rural Lewis County in a farming family during the Great Depression, Dale graduated from LaBelle High School 1944.  In addition to farming after high school, Mr. Lay was employed at a munitions plant in Ft. Madison, Iowa.

Upon being drafted in the United States Army in 1944, Dale volunteered for service as a paratrooper in the 82nd Airborne Division.  His training took place over the peanut fields in Ft. Benning, Georgia and Ft Polk, Louisiana.   He was stationed at Ft. Bragg, North Carolina, however was not deployed overseas due to the end of World War II.

Dale resided in Lewis County where he began farming with a team of white mules. Through vision, hard work, dedication and perseverance Dale became a successful farmer.

He was an active member of the First Christian Church in LaBelle, served as LaBelle school board member and enjoyed his children’s’ extracurricular activities, especially high school sports. His beagles, Rosie and Buddy were the source of great joy in his later years.

Memorials may be made to the LaBelle First Christian Church or the LaBelle Cemetery Coder Funeral Chapel, P.O. Box 151, LaBelle, MO 63447.