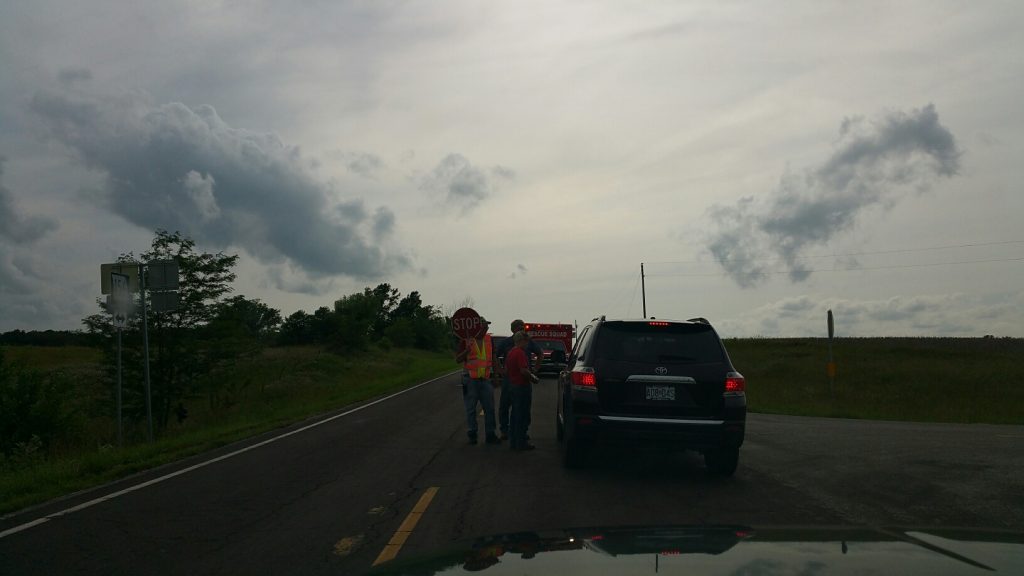 UPDATE: According to a Missouri State Highway Patrol crash report, the driver killed in a head-on collision on Highway 156 at the Salt River Bridge was Randy Parsons, 56, of Shelbyville, MO.

The other driver, who was seriously injured in the crash, was Aleksander Rowinski, 33, of Lancaster, MO.

Rowinski was taken by the Air Evac Team to the University Hospital in Columbia, MO.

UPDATE: According to information released by the Missouri Department of Transportation, Highway 156 is open.

According to reports at the scene, at approximately 4:30 p.m. on Wednesday, June 17, 2015, firefighters were called to the scene of a two-vehicle head-on collision on Highway 156 west of Novelty at the Salt River Bridge.

When emergency crews arrived to the scene they found two vehicles fully engulfed in flames and fought the fire with water and a special foam used to extinguish flammable materials. The descriptions of the vehicles are not being released at this time.

According to a report, only two drivers were involved in the crash. One driver was pulled out of a vehicle and saved by a Good Samaritan, a Knox County native whose name is not being released at this time. The driver of the other vehicle could not be saved.

The driver, who was pulled from the burning wreckage, was taken away by helicopter, which landed in a nearby field southeast of the crash site.

Because of the nature of this story we will not be posting any photos of the full crash scene at this time. The identities of the people involved in the crash have not been released to the public and will not be released until the family of the deceased is properly notified.

Highway 156 remains closed in both directions. The impact of the crash caused damage to the cement on the bridge. The Missouri Department of Transportation was asked to evaluate the bridge. We will update this story when we are notified if and when Highway 156 reopens.