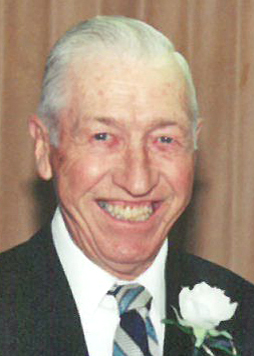 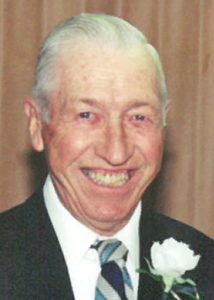 Scotty was born on January 25, 1931, in Edina, Missouri, the son of Dave and Jennet (Hunter) Ausmus.  He was united in marriage to Lois Dagenhart on February 23, 1952, in Kirksville, Missouri.  Scotty served in the United States Navy during the Korean War.  He worked for many years as a mechanic for the Missouri Highway Department and was a member of the Macon Elks Club and V.F.W.  Scotty enjoyed dancing, fishing, playing cards at Clarence and Shelbina, and especially spending time with his grandchildren.

He was preceded in death by his parents; his wife, on November 16, 2008; three brothers, John, Leon, and Merle; and two sisters, Hazel and Ethel.

Funeral services will be 10:00 am, Monday, June 29, 2015, at the Hutton & McElwain Funeral Home in Macon with Bro. Jim Bolin officiating.  Burial, with full military honors, will be in the Jacksonville Veterans Cemetery in Jacksonville, MO.  Visitation will be from 4-6 pm, Sunday, at the funeral home.  The family suggests memorials to the Macon Elks Lodge.