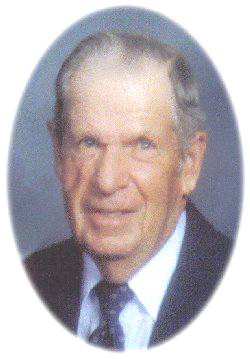 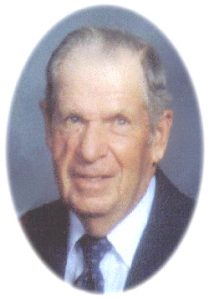 Born on May 25, 1924, in rural Knox County, Missouri, Byron was the son of Fred and Nellie Rae House Ewalt.

He attended Island Rural School northeast of Knox City, Missouri and graduated from the Knox City High School in the Class of 1942. He served his country, during World War II, in the United States Army, achieving the rank of Staff Sergeant.

Byron farmed until 1964 before starting a new vocation as a carpenter that he enjoyed until his retirement in March of 2002.

A lifelong resident of Knox County, Byron was a member of the Methodist Church but attended the Edina Christian Church, was a sixty year member of the Knox City American Legion, and a member of the Colony Masonic Lodge where he was awarded a fifty year pin.

A Masonic Service will be conducted Monday evening at 7:00 p.m. by the Colony Masonic Lodge.

An expression of sympathy in memory of Byron Ewalt may be left to the Colony Masonic Lodge or the Knox City American Legion Post. A memorial may be left at or mailed to the Doss Funeral Home 208 N. 4th Street, Edina, Missouri 63537.