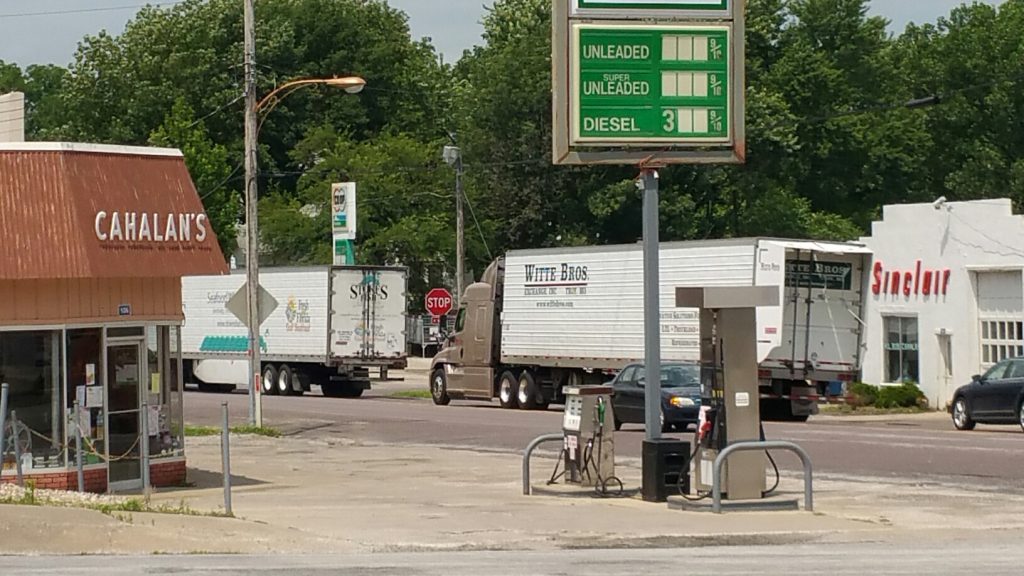 UPDATE: HANNIBAL – U.S. 61 where a levee broke Saturday night, and flooded all four lanes of the highway (Avenue of the Saints), is now open.  All lanes of U.S. 61 between the U.S. 61/24 (Taylor) interchange and Missouri Route 6 (north of Palmyra) have been cleared of water and debris. Traffic is now able to resume.

According to a truck-driver pulled over in Edina at around noon on Sunday, June 28, 2015, he was re-routed because Highway 61/24 is closed, due to flooding north of the junction, where Highway 6 and Highway 61/24 meet between LaGrange and Palmyra. 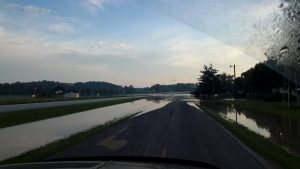 This photo was taken by Kathy Martin of water covering Highway 61/24 between LaGrange and Palmyra at approximately 6:30 a.m.

We are seeing quite a bit of semi-truck traffic in Edina where Highway 6 meets Highway 15. If you are on these roads today please be extra careful as we are sharing the roads with a higher than normal amount of traffic.