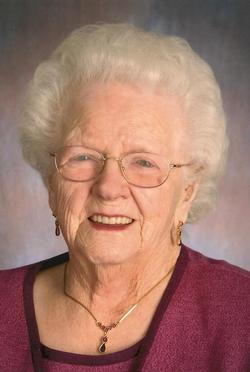 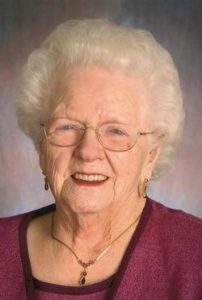 Ada May Warford was born on May 16, 1915 in Edina, Missouri, the daughter of Martin and Margaret Sheridan. She graduated from the St. Joseph’s High School in Edina, Missouri in 1933. Ada May was united in marriage to Glennon Warford on December 31, 1937 in Edina, Missouri. She was a house wife and was a member of the St. Mark Catholic Church in Iowa Falls.

She was preceded in death by her parents; husband; brothers; and sisters.

A memorial fund has been established and the family request memorials be directed to Larry Warford, 5104 Sanibel Drive, Columbus, IN 47203. The family will forward the memorials to Hansen Family Hospital and St. Mark Catholic Church in Iowa Falls.