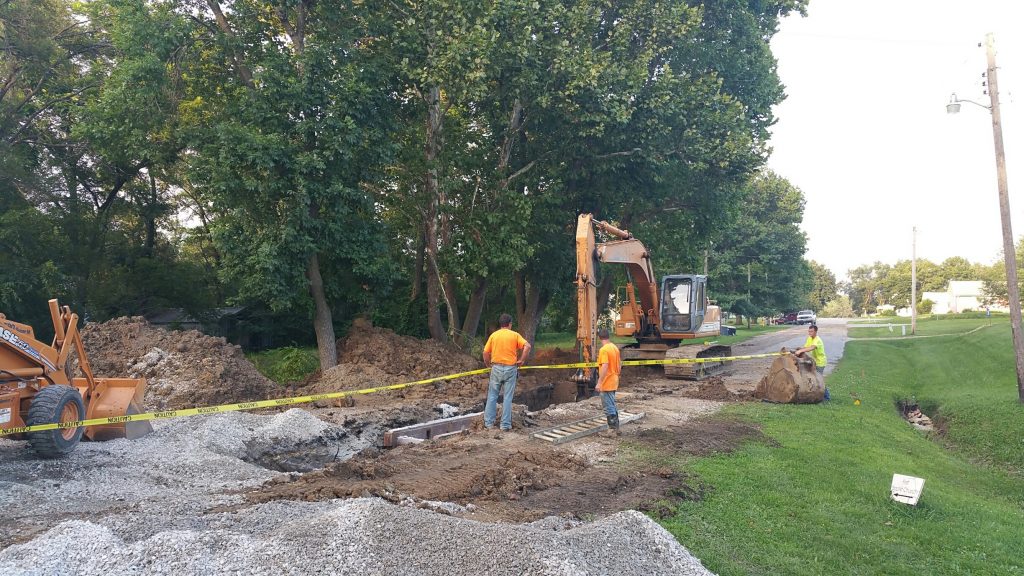 On Tuesday, July 28, 2015, a construction crew working to replace sewer lines in southeast Edina, at the intersection of South Sixth Street and East Bryant Street, accidentally hit the water main.

According to a member of the crew, the main was not marked correctly and, despite efforts to avoid it, the water main was damaged at approximately 4:30 p.m.

According to information released by the Knox County Emergency Management Director Keith Gudehus, a boil order is in effect for southeast Edina. Edina water customers south of Highway 6/Lafayette Street and east of South Sixth Street should boil their water for 48-hours after water service has been restored.