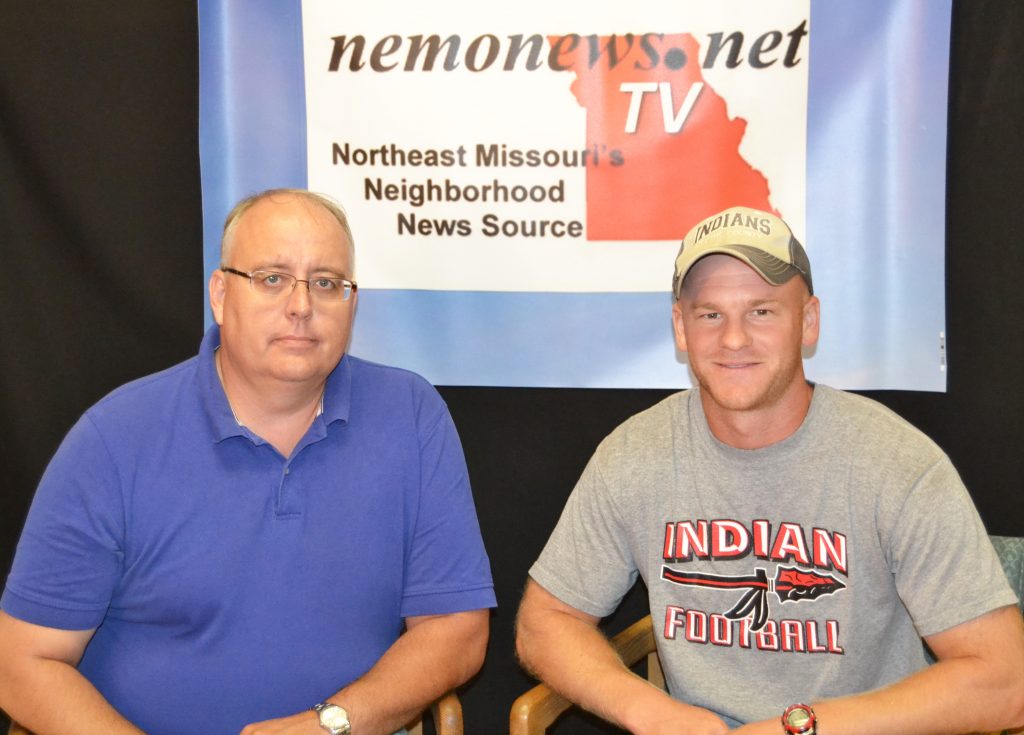 The Clark County Indians are set to take the field under new leadership this season. 2009 Clark County graduate Ethan Allen has taken the position as head coach, fulfilling a dream of his.

Allen’s squad is on the rebound from a tough year in 2014, where injuries plagued the Indians. This year, the Indians will field 13 seniors, and that leadership will be needed on the field, as the Indians face some tough Clarence Cannon Conference opponents early.

We interviewed Ethan Allen in the nemonews.net studio. Here’s what he had to say about the upcoming season:

The Media’s Fall Sports edition will be printed in our August 26 newspaper.