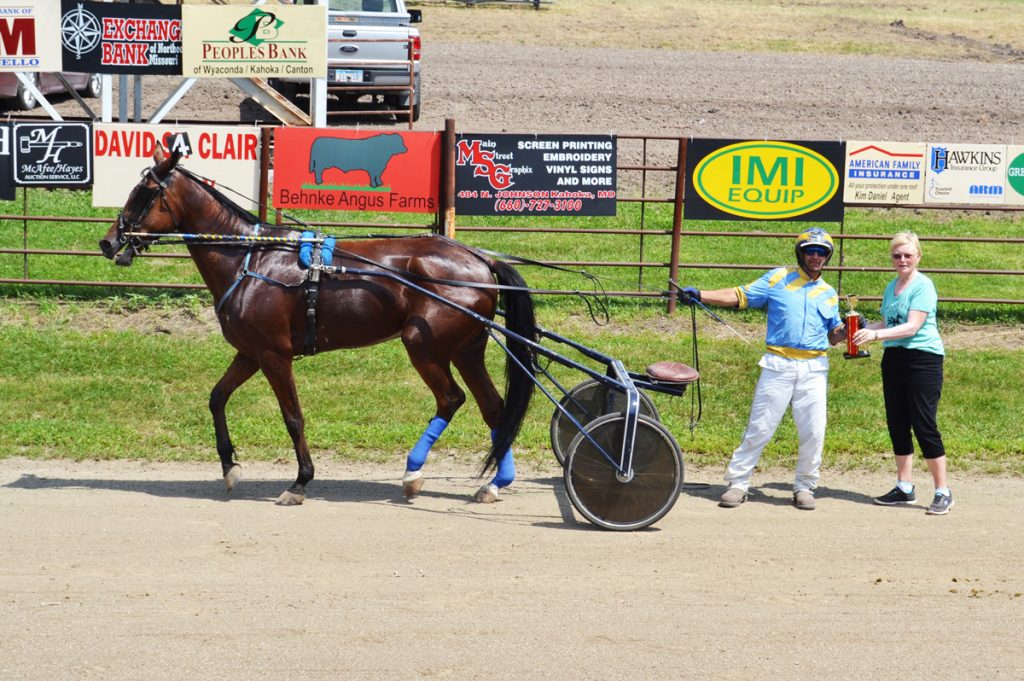 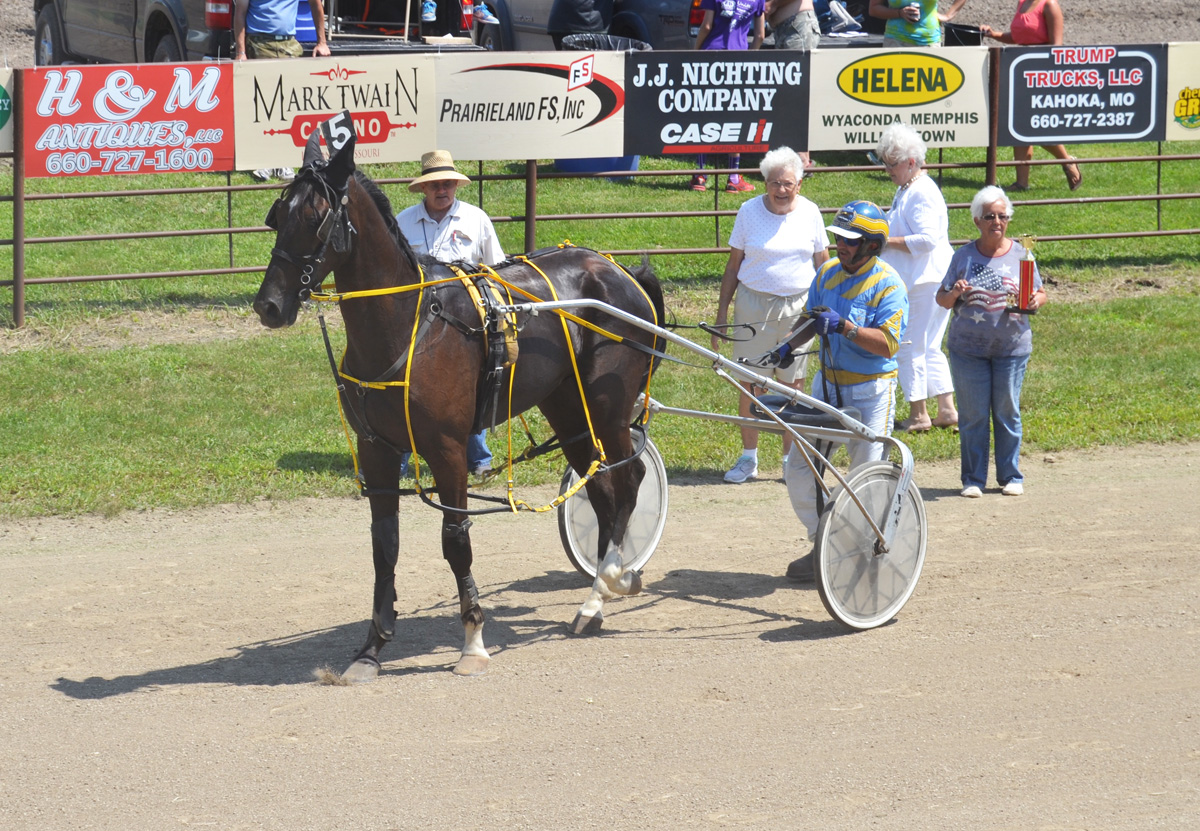 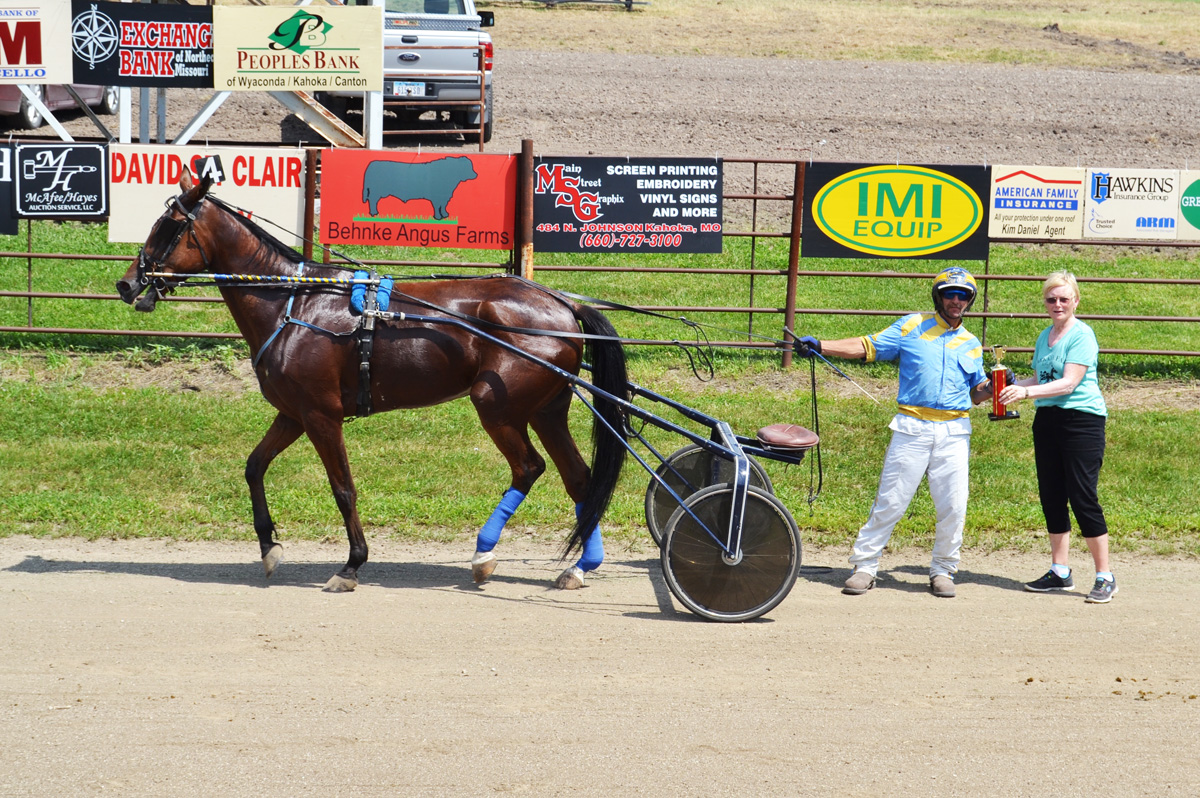 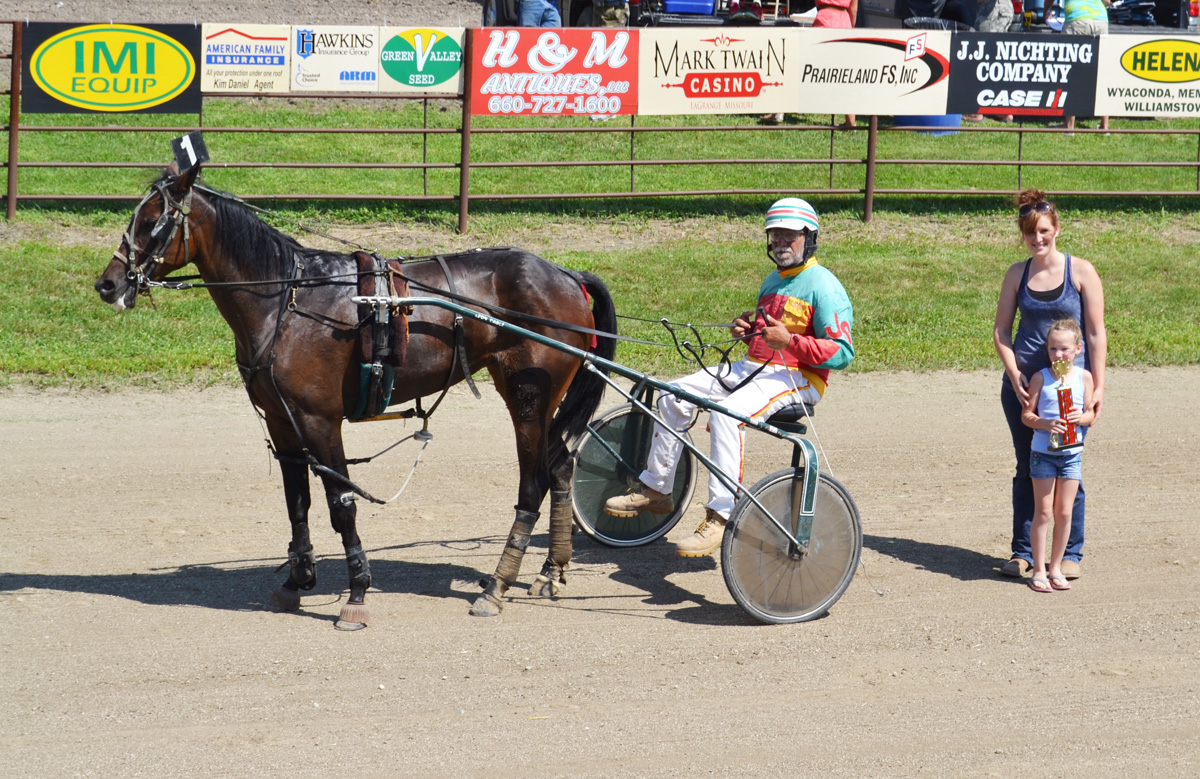 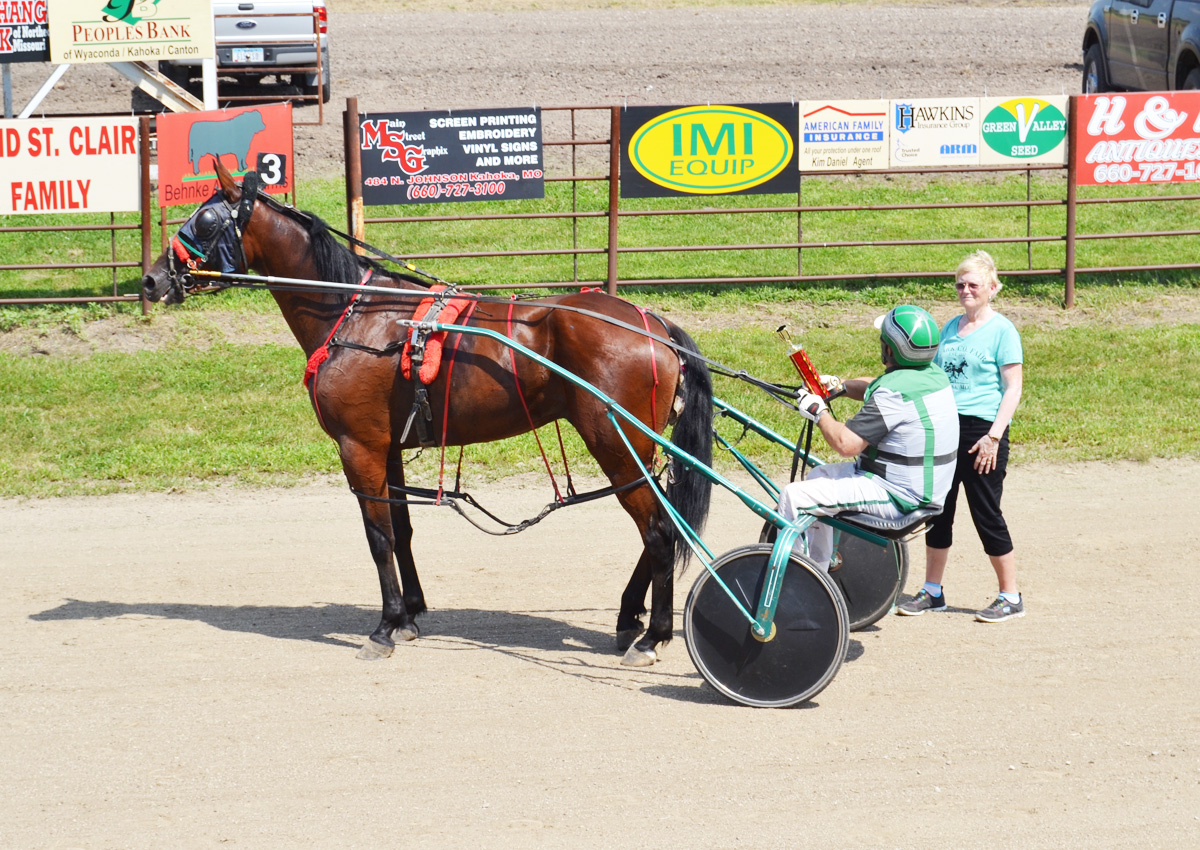 RACE 6 was a dead Heat between -have mercy on me, driven by Duane Roland, and JL JOE, driven by Jack Wilkening.
Trophy was presented to HAVE MERCY ON ME
Trophy Sponsored by Kahoka State Bank 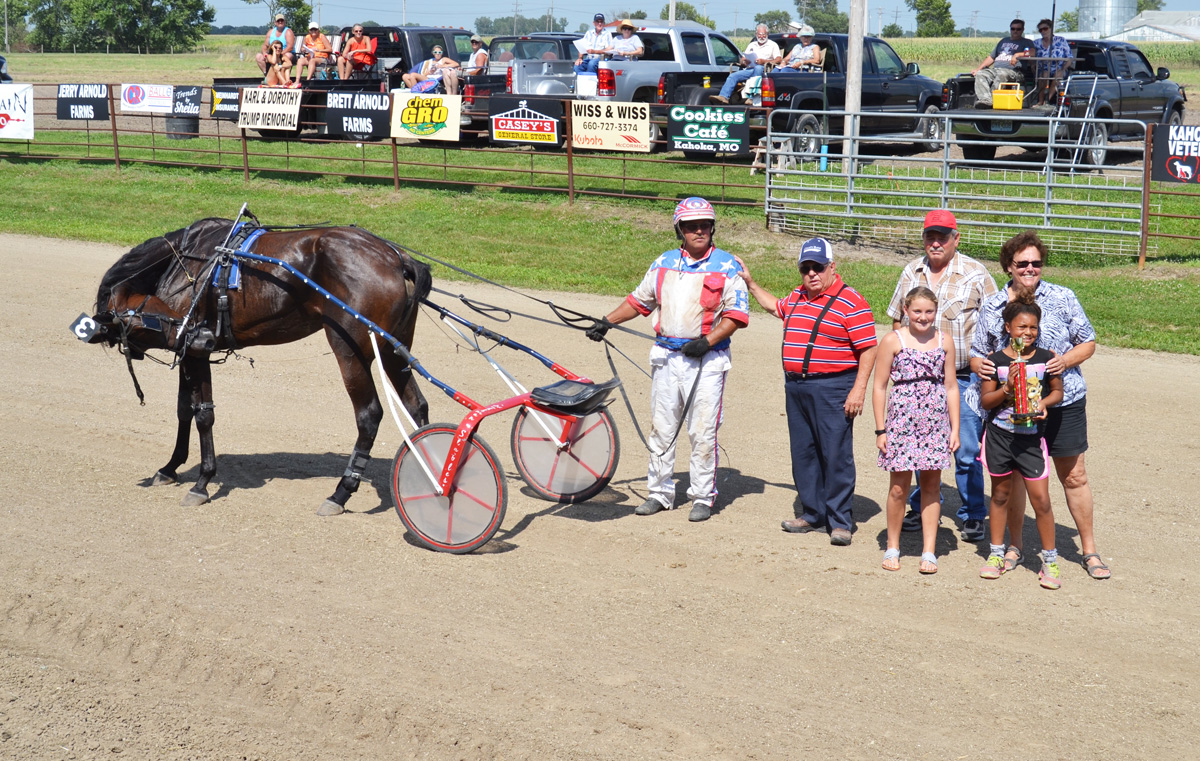 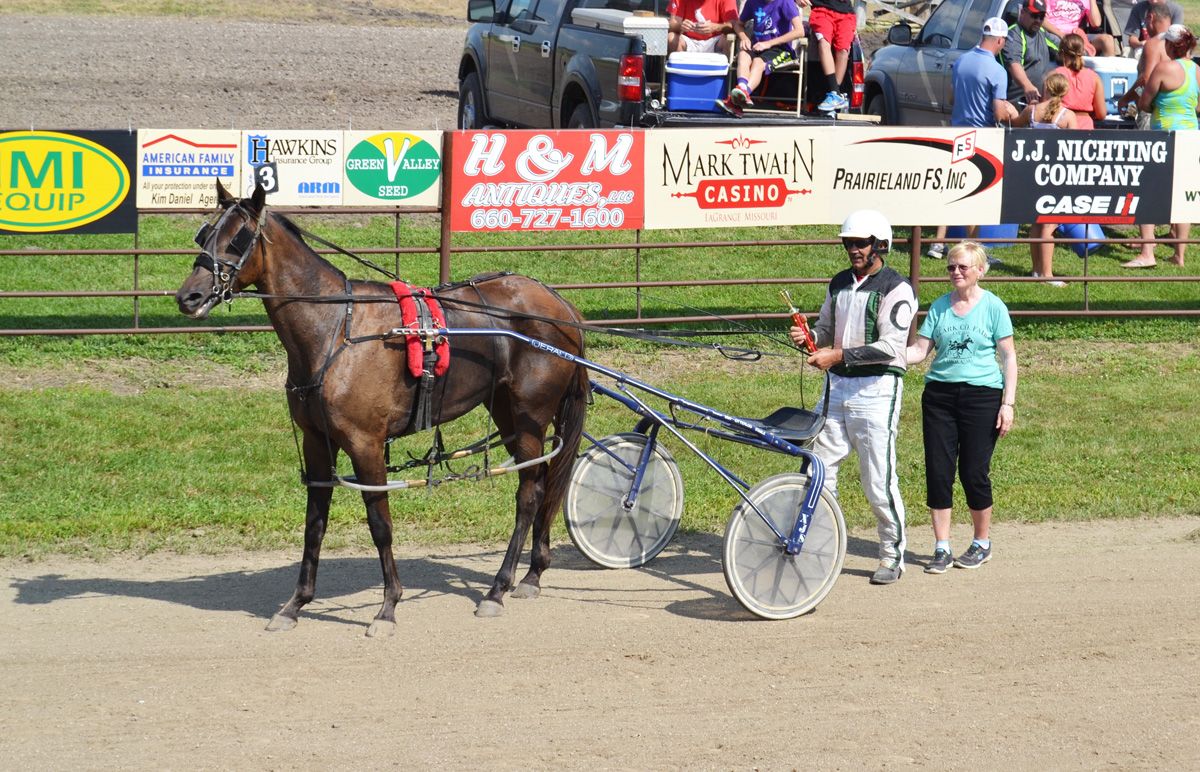 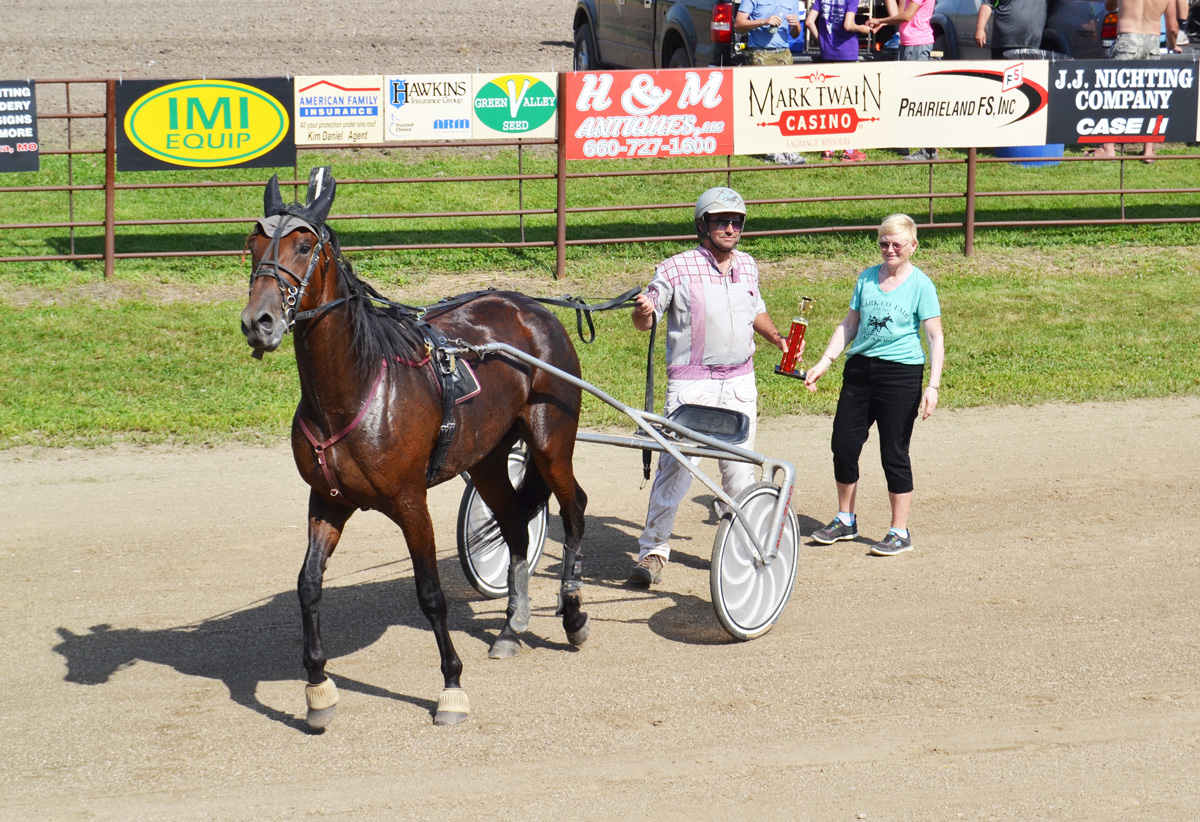 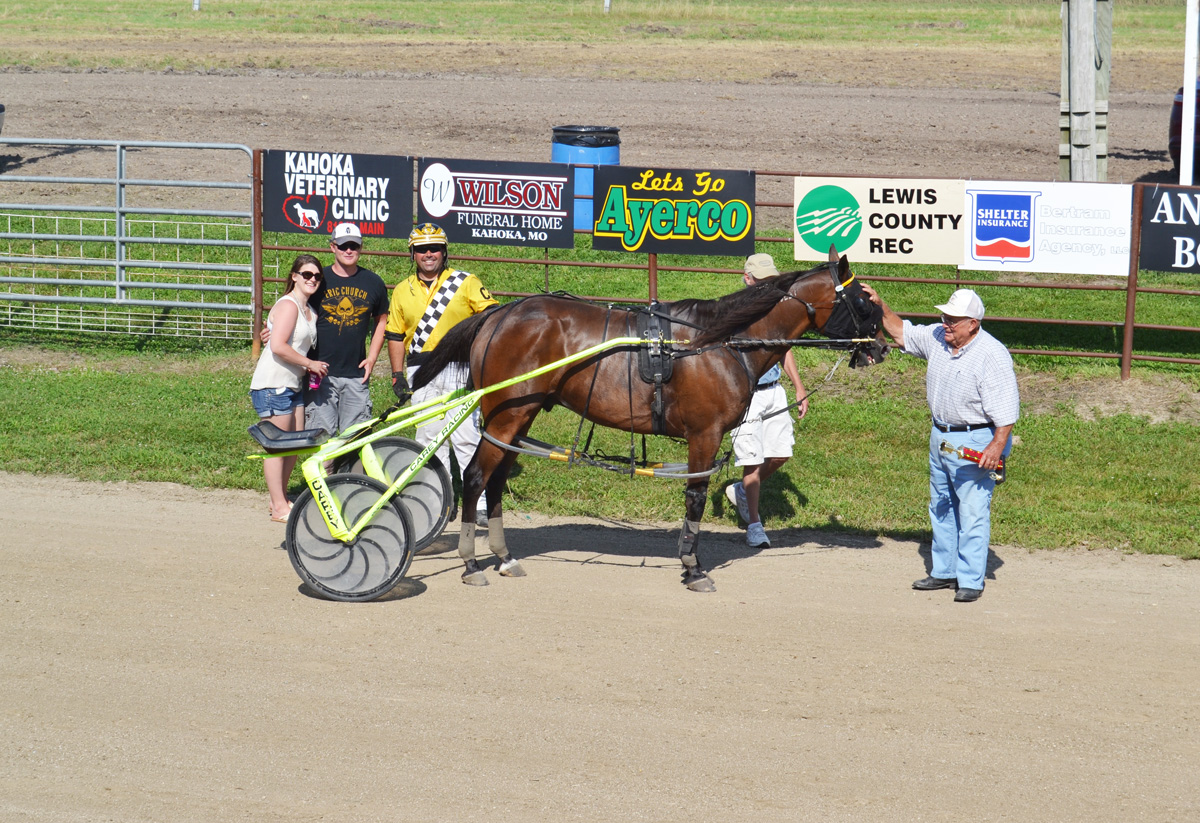