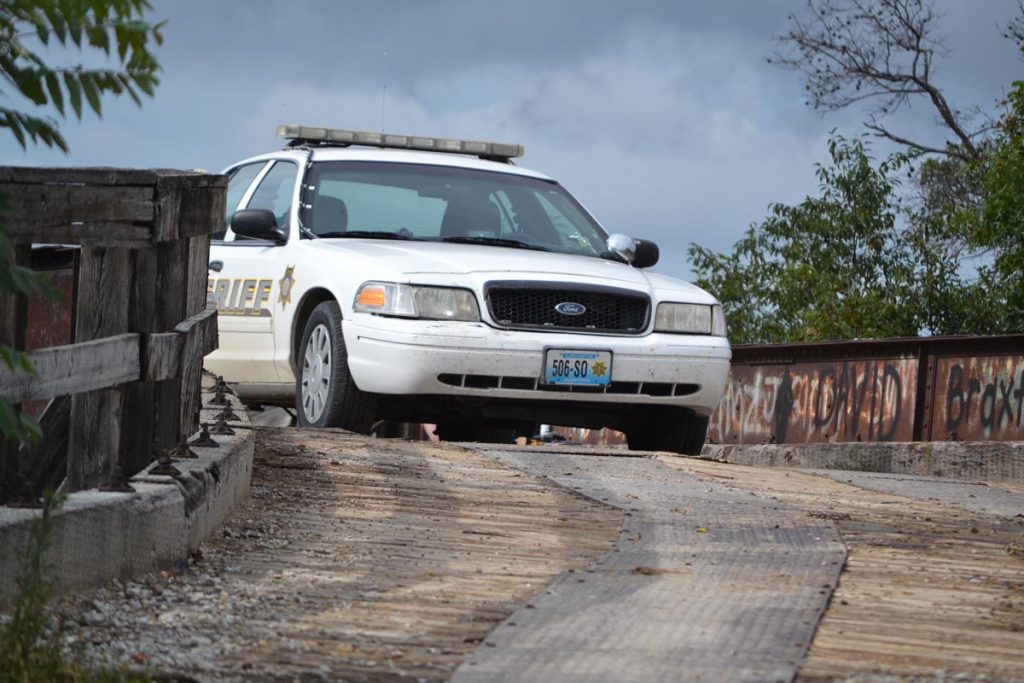 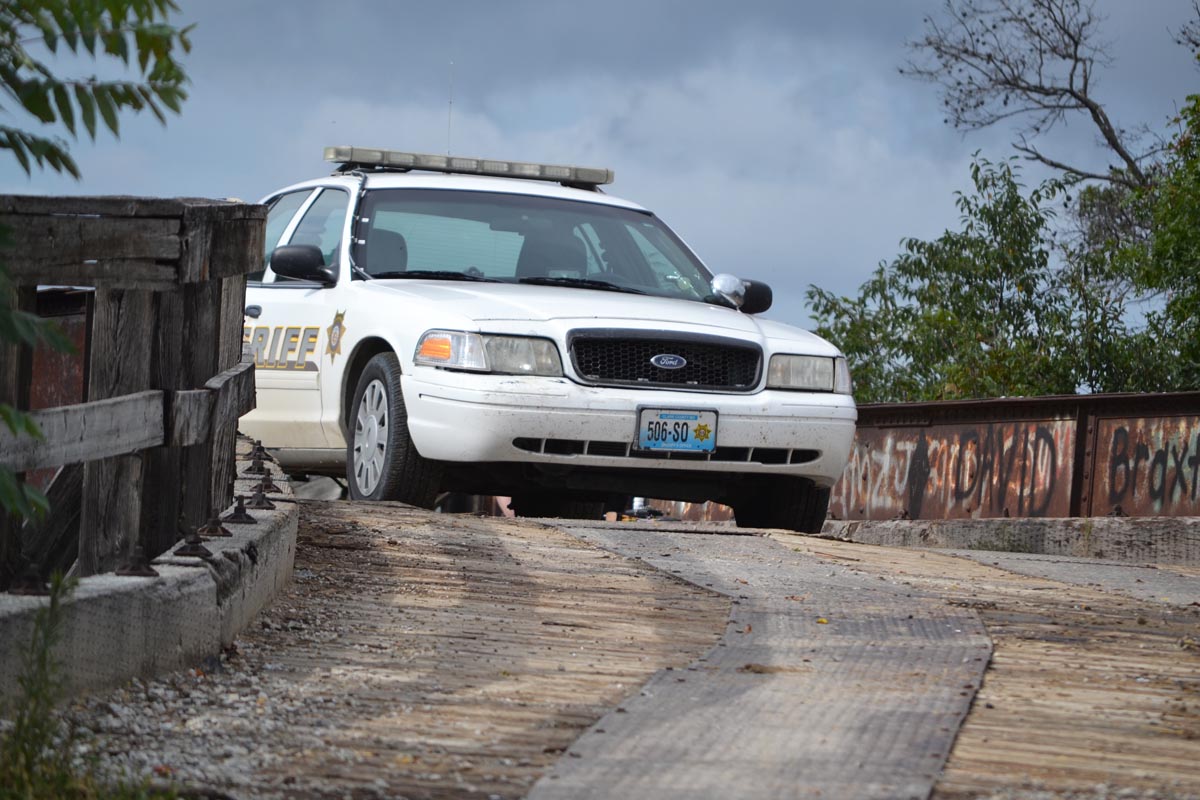 Details are very sketchy at this point, but from listening to the scanner, we know law enforcement officers from the Clark County Sheriff’s Office, Missouri State Highway Patrol, and Kahoka Police Department have been searching for a suspect following an early afternoon pursuit. That pursuit took officers west on County Road Y, eventually ending with a crash on the railroad overpass on County Road 110 at about 1:18 pm.

An ambulance was dispatched to the bridge to tend to an injured female. A male suspect ran from the scene, and is at large in a rural area east of Wyaconda. Later, an officer was sent to the suspect’s vehicle to recover a shirt for a canine officer to get a scent from. Shortly before 5:00pm, Kahoka Police vehicles were seen on Rt. W, east of Wyaconda.

At this point, the reason for the pursuit, and subsequent manhunt, is not known. We expect Clark County Sheriff Paul Gaudette will release more information when an arrest is made.

We will update this story as new information becomes available.