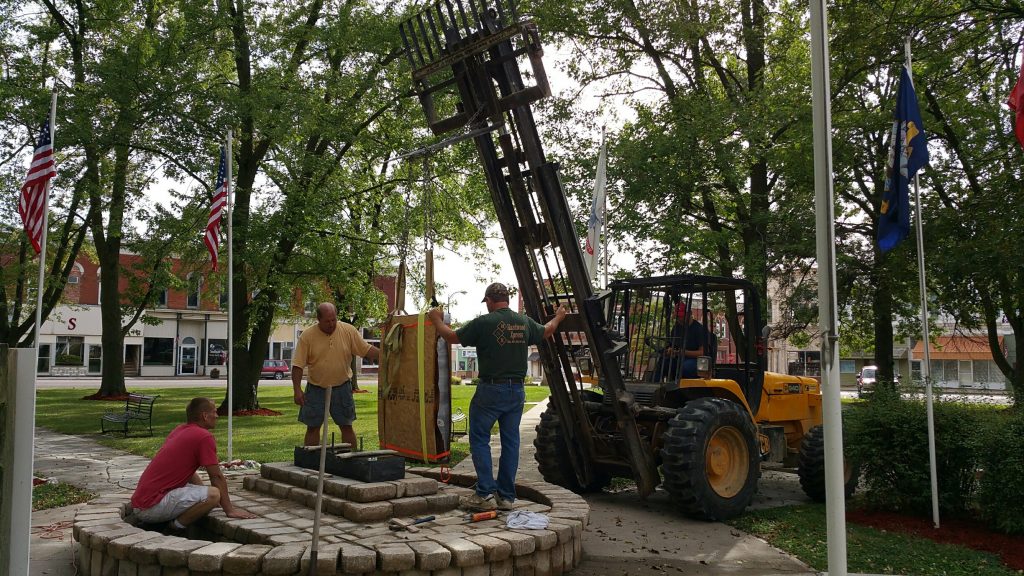 On Friday, September 11, 2015, which is Patriot’s Day and the opening day of the Knox County Corn Festival, a very special dedication and unveiling will take place in front of the Knox County Courthouse. The new Knox County All Veterans Memorial will be uncovered to the public in honor of all veterans who served, are serving and will serve in the American Armed Forces.

The dedication is scheduled to begin at 4:45 p.m. and to coincide with the opening ceremony of the Corn Festival.
Local vocalist Camden Scifres will open the ceremony with “The National Anthem” followed by an invocation by Life of Christ Church Pastor Clay Talton. And, a special thanks will be given to those responsible for making the memorial possible before the unveiling.

Carol Hayes will play a medley of Armed Forces tunes followed by a 21 Gun Salute performed by members of the local Veterans of Foreign Wars and American Legion Posts.

The dedication ceremony will conclude with the song, “God Bless America” by Scifres.

Funding for this project was raised by the Knox County Vietnam Era Veterans through donations.